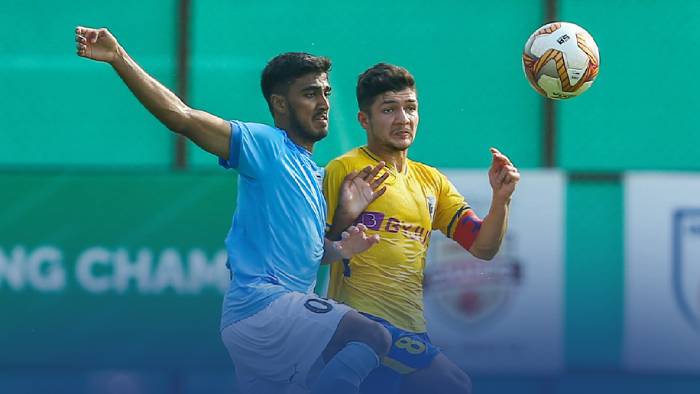 Kerala Blasters FC will look to seal their place in the top two with a fifth consecutive win when they take on FC Goa in the Reliance Foundation Development League (RFDL) at the Benaulim Ground here on Wednesday.

Kerala have 12 points from four games now and a victory will mean they go to 15 with two games remaining, which means an assured top-two finish.

The top two teams from the inaugural RFDL will compete at the Next Gen Cup to be hosted in the United Kingdom for the first time later this year.

The Next Gen Cup will be hosted by the Premier League (PL) as part of its longstanding partnership with the Hero Indian Super League to support the development of football in the country.

Kerala have been perfect so far, easing past opponents with both defensive solidity and attacking flair. While Vincy Barretto has delivered in front of goal, skipper Ayush Adhikari has pulled the strings in midfield with some authority. Bijoy Varghese has been a rock at the back.

Around these players who were part of Kerala’s successful Hero ISL campaign, the likes of Nihal Sudeesh, Aritra Das and Mohammed Aimen have prospered making Kerala the team to beat. In FC Goa, they will face an opponent hungry for a win after being on the end of a gut-wrenching 2-2 draw against Hyderabad FC.

Goa are sixth in the table with four points from four matches. Despite showing spark, the Gaurs have flattered to deceive with only one win to show for till now. For Deggie Cardozo’s boys, it will be a litmus test against Kerala but one they will have to win in order to salvage the campaign.

In the early kickoff at Nagoa Ground, Hyderabad FC, like FC Goa, will look to bounce back to winning ways and in Mumbai City FC they will take on an opponent who have not found their mojo at all in this competition. Languishing at the foot of the table, Mumbai have lost all four games so far, succumbing to a 0-5 drubbing at the hands of Bengaluru FC in their last engagement.  Hyderabad showed fighting spirit against Goa, coming back twice from a goal down to eke out a point. Coach Shameel Chembakath though will want his wards to push for a win and steady the ship in the final three games.

For Mumbai, it is about pride and the Islanders will have to improve on all fronts to pose any threat and finish the competition as high as possible on the eight-team table.