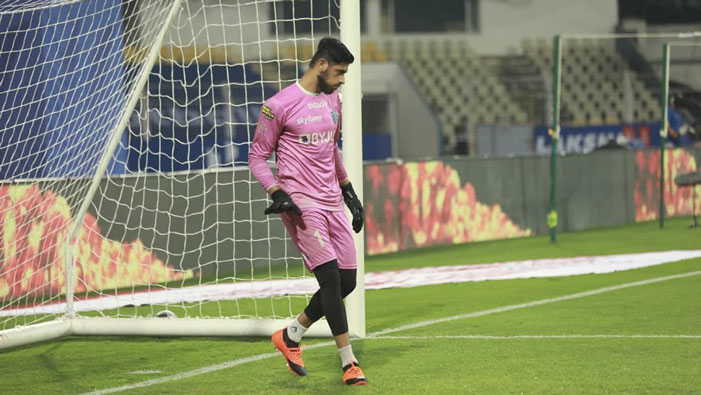 Today, Kerala Blasters announced the departure of goalkeeper Bilal Khan. The 26-year-old is set to make his move to I-League side Real Kashmir FC, Halfway Football can confirm.

Uttarakhand-born goalkeeper started his career with Churchill Brothers FC Goa in 2013. Then he was signed up by Delhi-based side Hindustan FC before joining Mohammedan SC in 2016. He appeared five times for the Kolkata club.

In 2017, he joined ISL side FC Pune City, but was loaned out to Gokulam Kerala FC to play in the I-League. He played 13 matches in the I-League for the Kerala club. His breakthrough performance came when he joined Real Kashmir FC on loan for the 2018-19 season.

We would like to announce that the club has mutually decided to part ways with Bilal Khan.

We want to thank Bilal for the time he spent with us, and wish him the best for the future. 🤝🏽#YennumYellow pic.twitter.com/RMeyQW1PXC

He kept nine clean sheets in his name in the I-League that season. Real Kashmir finished third on the table. His impressive performance earned him a place at Kerala Blasters squad for the 2019-20 season. He only managed to get five appearances for the Yellow Army that season. He didn’t even get a single chance in the very next season.

With a year left in his contract, Bilal Khan left Kerala Blasters on mutual consent. He is set to re-join Real Kashmir FC and will look to regain his form by getting the required gametime.