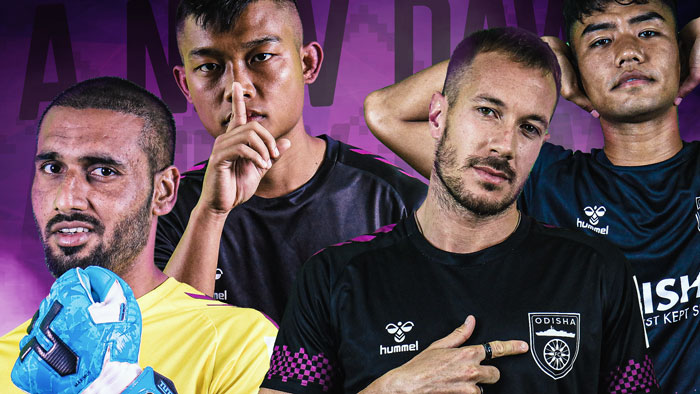 Odisha FC has revealed its home kit for the upcoming season of the Hero Indian Super League (Hero ISL). The first kit represents the rich handloom tradition of Odisha with Sambalpuri, specifically Pasapali, designs on it. The home colours – black and purple – remain the same like the previous season.

The Club is committed to spreading the essence of Odisha’s culture and tradition across the globe. The design on this kit is inspired by the famous Sambalpuri saree which is a handloom saree weaved mainly in the western part of the State.

Odisha FC had also launched its third and second kit a few days ago. The third kit is inspired by the waves of Puri beach and represents the vast coastline and magnificent beaches of Odisha while the away kit represents the traditional warriors of Odisha – Paikas and the ‘Sunrise’ colour in this kit is inspired by the rising sun symbolising #ANewDawn.