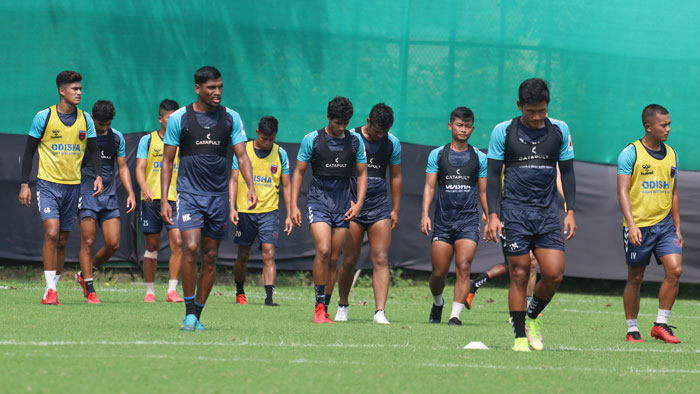 Odisha FC has announced its official squad for the Hero Indian Super League 2021-22. The Bhubaneswar-based team is gearing up for the opening match against Bengaluru FC on November 24 at Tilak Maidan, Vasco.

The Kalinga Warriors had already announced the three captains for the season – Vinit Rai, Victor Mongil, and Hector Rodas a few days ago. The promotion of three youth team graduates – Deven Sawhney, Akshunna Tyagi, and CVL Remtluanga – into the senior side was also announced last month.

Speaking about the squad, Head Coach Kiko Ramirez explained, “We have a good mix of experienced and young players. We are really happy with the team that we are building and pleasantly surprised to see the level of the Indian players. We think that some of them will make an impact this season in the Hero ISL. Also, all the players have a really good attitude to learn and the foreigners will bring their experience about how to play in different situations. All the staff are also motivated for this season. We have a good lineup but also really good alternatives coming from the bench. We can play different styles of the game thanks to the different players and in the physical aspect, we are getting stronger thanks to the training and friendly matches.”