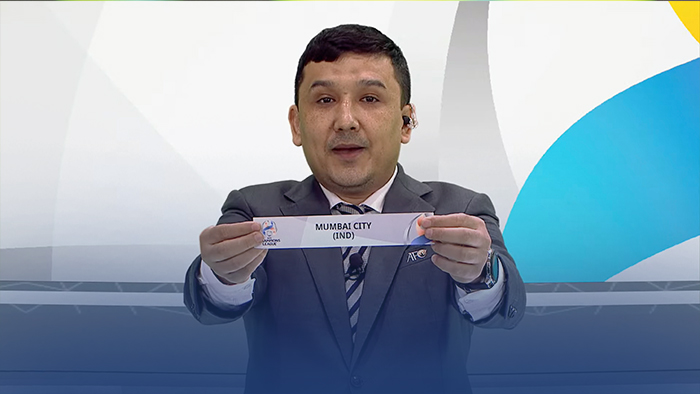 Mumbai City FC have been drawn in Group B of 2022 AFC Champions League along with Al Jazira (UAE), Al Shabab (KSA), and Air Force Club (IRQ) at the 2022 AFC Champions League Group Stage Draw that took place in Kuala Lumpur, Malaysia on Monday, January 17. 40 teams were drawn in 10 groups of four teams each at the draws, with five groups (A-E) in the West Region and five groups (F-J) in the East Region.

Mumbai City FC, who qualified for the 2022 AFC Champions League by winning the Indian Super League 2020/21 League Winners’ Shield, will compete in the Asia’s biggest club football competition from the West Region for the first time in the Islanders’ history and will become only the second Indian club to do so.

As per the revised scheduled released by the AFC earlier this week, the 2022 AFC Champions League Group Stages of the West Region will begin from April 7, 2022 to April 27, 2022 with double round-robin matches to be played at one centralised venue, keeping in mind health and safety restrictions.

Confirmed fixture dates and the venue for Mumbai City’s 2022 AFC Champions League Group Stage games will be announced in due course.

Kandarp Chandra, CEO – Mumbai City FC said, “It is a matter of great pride for the Club to participate in Asia’s premier club football competition, and we eagerly await the 2022 AFC Champions League. We hope to fulfil the expectations that fans have from us, and believe that we can give a good account of ourselves against some of Asia’s best clubs.”