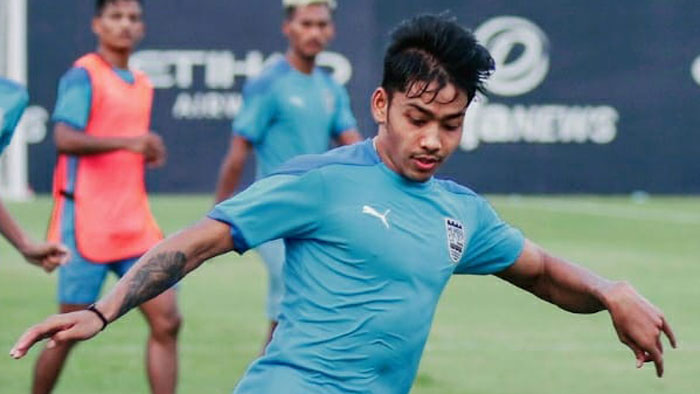 Riding on a number of impressive performances last season, Sourav Das has inked a fresh one-year deal with SC East Bengal that will see him stay at the club for one more season, it was announced on Tuesday.

The defensive midfielder joined SC East Bengal on loan from Mumbai City FC in the January transfer window, playing three games for the Robbie Fowler-coached outfit. Sourav added stability in the midfield, with a passing accuracy of 78.5 per cent.

“I am thrilled to be part of SC East Bengal for another season. Hailing from Bengal, I know what this club means to all the fans here and that motivates me further. I am also looking forward to working with the gaffer (Robbie Fowler) again. My experience with the team was brilliant last time around,” said the 25-year old Sourav.

Energetic midfielder 𝐒𝐨𝐮𝐫𝐚𝐯 𝐃𝐚𝐬 has inked a fresh one-year deal with us that will see him stay at the club for one more season.

A product of the TATA Football Academy, Sourav moved to the I-League side Mohun Bagan AC in 2016. The 2018-19 season turned out to be Sourav’s breakthrough year, as he played a key role in the Mariners’ winning the Calcutta Football League, besides also making 11 appearances for the club in the I-League. Sourav made seven appearances for Mumbai City FC in the Hero ISL 2019-20 season before joining SC East Bengal during the January transfer window.