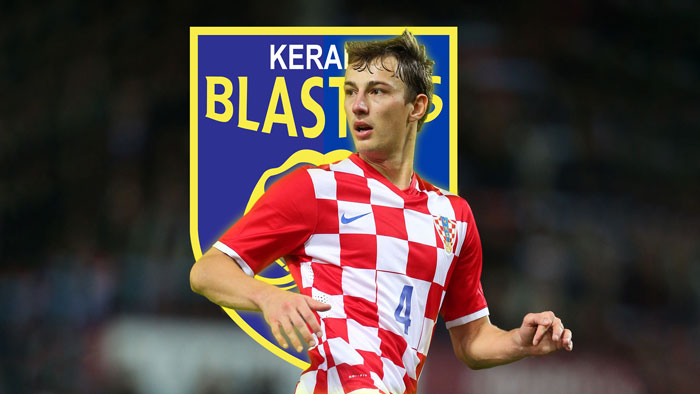 To relieve the void left by the defenders Bakary Kone and Costa Nhamoinesu, Kerala Blasters FC are all set to field in a new set of center-back duo of Bosnian Enes Sipovic and Croatian Marko Lešković.

The Croatian spent his juvenile phase under NK Osijek U17, U19. At the age of 19, Marko was promoted to NK Osijek’s primary club competing at the Croatian top division (HRVATSKI TELEKOM PRVA LIGA). Then within 8 years, Marko Lešković spent his career with HNK Rijeka, GNK Dinamo Zagreb, and NK Lokomotiva Zagreb revolving around multiple loan transfers. In 2014, Marko’s stint under HNK Rijeka was seen at the UEFA Europa League 3 round segment where the Croatian scored a header goal which took Rijeka’s Whites to a 0-1 lead. Marko Lešković had undergone 220 club career appearances and has served the Croatian national team for 4 matches.

In April, Marko Lešković played against Sandesh Jhingan’s current club HNK Sibenik and also scored a goal that booked a victory against the Oranges.

The men in yellow have acquired Adrian Luna, Enes Sipovic, Jorge Pereyra Diaz, Alvaro Vazquez, Checncho Gyeitshen, and now Marko Lešković as their overseas department. Kerala Blasters FC who had kicked off their maiden Durand Cup schedule is set to lock horns against the ISL rivals Bengaluru FC on Wednesday.

They will begin their ISL campaign against ATK Mohun Bagan on November 19.