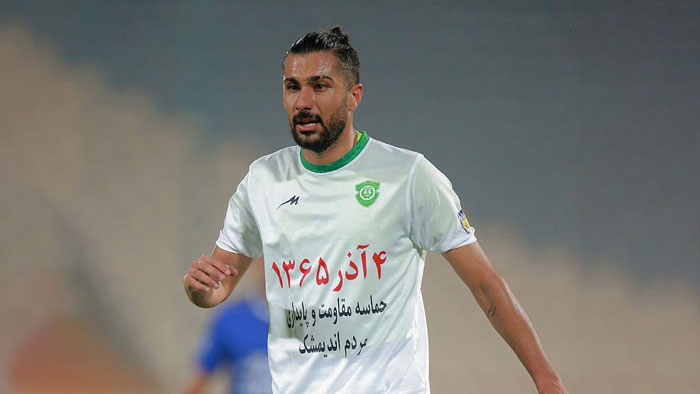 Bengaluru FC, on Tuesday, announced the signing of Iranian midfielder Iman Basafa, on a deal that runs until the end of their 2021-22 campaign. Basafa, who most recently turned out for Machine Sazi in the Persian Gulf Pro League, is Blues Head Coach Marco Pezzaiuoli’s tenth signing of the summer.

A member of Iran’s youth teams, Basafa has represented his national side at the U17, U20 and U23 levels. The move to Bengaluru sets up a first stint outside Iran for the 29-year-old, who expressed his excitement at being part of the BFC project.

“I’m very happy to join Bengaluru FC and to come to a country like India where football is growing very fast. I’m excited for what lies ahead, for myself and for our team, and I hope to be able to contribute. BFC is a champion team with a good mentality, and I am looking forward to meeting my new teammates and working hard for the season,” Basafa said, after the formalities of his deal were completed.

The Blues have acquired the services of Iranian midfielder Iman Basafa on a deal that runs until the end of the 2021-22 season. 🇮🇷 #WelcomeIman #WeAreBFC 🔵 pic.twitter.com/WUcTC5HlD9

Basafa, who started his youth career at Shahrdari Bandar Abbas, had several spells with teams in Iran’s top divisions, before making his professional debut with Shahrdari Arak in 2012. He made his AFC Champions League bow with Esteghlal FC in 2014, and went on to play for Fajr Sepasi Shiraz, Malavan, Aluminium Arak and Pars Jonoubi Jam, racking up over a 100 appearances in the Azadegan League.

“Iman is a player who is comfortable in different positions in the midfield. He’s someone who has a physical presence, is good with his head, and possesses traits of a leader. He is also someone who likes to shoot from distance. With his experience and presence, he will strengthen the squad and we look forward to welcoming him soon,” said Pezzaiuoli.

The Blues take on NorthEast United in their Indian Super League opener, at the Athletic Stadium, in Bambolim, on November 20th.