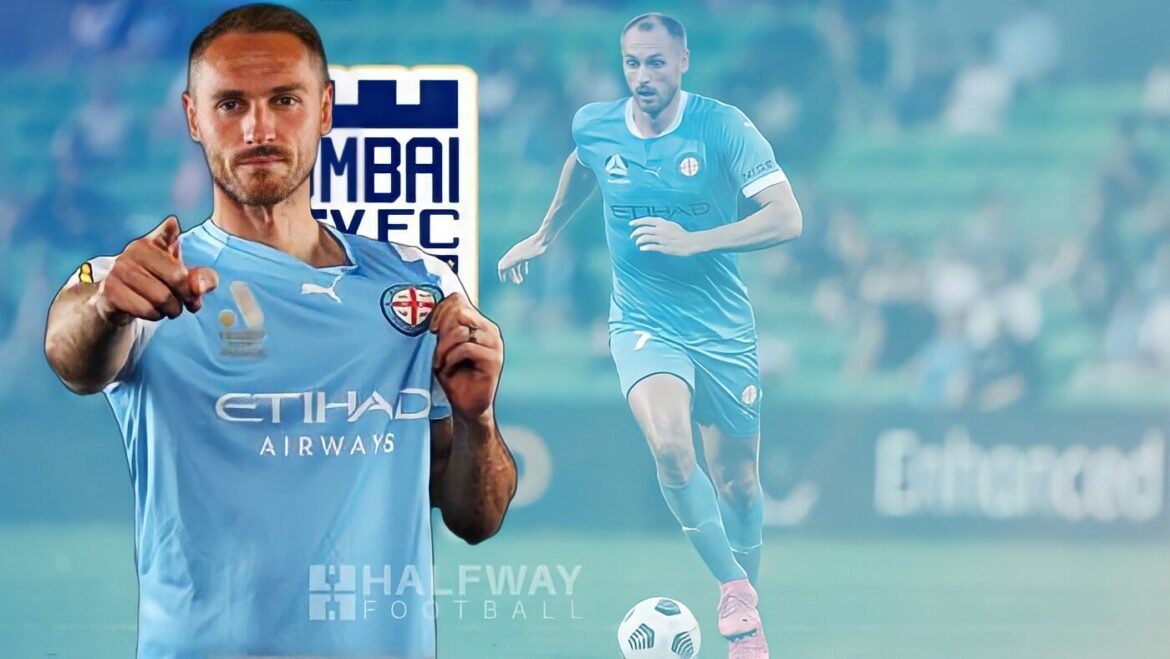 “Mumbai City is close to finalizing a deal with Australian centre-back Rostyn Griffiths. Paperworks would be completed in the coming days,” a source following the developments informed Halfway Football

Griffiths started his football career at ECU Joondalup and later moved on to Blackburn Rovers. After spending a couple of years with the club, he was sent on loan to Gretna FC (Scotland), and Accrington Stanley (England). In 2009, Australian outfit Adelaide United secured his service on a loan deal.

Later he was bought by another Austrian side North Qld Fury. Griffiths has also played for Central Coast Mariners before making a move to the Chinese club Guangzhou City FC in 2012. By 2014, he returned to Australia and booted up for Perth Glory.

After spending a season with the Australian side, he moved to Dutch club Roda JC. The versatile defender had a short time in the Netherlands and later joined back Perth Glory. Before completing his transfer to City Football Group club Melbourne City FC in 2018, Griffiths also gained Uzbekistan experience with Pakhtakor Tashkent FK.

The English-born Australian defender is capable of handling both centre-back and defensive midfielder roles. The thirty-four year old versatile defender has experience playing in various top divisions clubs.  He has played more than 200 matches in A-League in which he has netted the ball 19 times and assisted his teammates 56 times!

Mumbai City FC is active in the transfer market and making necessary domestic and international additions. Earlier, they retained the services of Mourtada Fall and Ahmed Jahouh for the upcoming season. The CFG club has also roped in the previous season’s best player Greg Stewart and Spanish midfielder Alberto Noguera.

The Islanders have also agreed on a deal with Australian forward David Williams last month, but as things stand he is unlikely to play for the former Champions. With the signing of Rostyn (Griffiths), the club would now be looking to make their final overseas recruit to the attacking department.

Head coach Des Buckingham has also revealed that the team would assemble in Mumbai by the last week of July to start their preparation for the ninth edition of the Indian Super League.