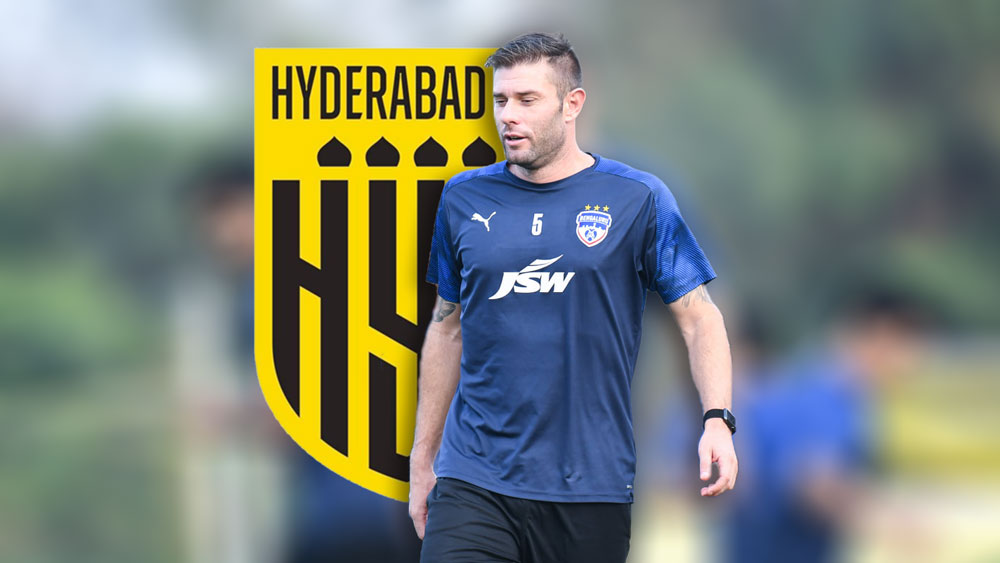 Adding experience to their backline, Indian Super League side Hyderabad FC have completed the signing of Spanish defender Juan Antonio Gonzalez, the club announced on Monday. The 34-year-old, who is known as ‘Juanan’, joins Manolo Marquez’s side on a one-year deal after spending five years in India with Bengaluru FC.

“I am delighted to have signed for Hyderabad FC. I saw how the team put on a strong show last season in the ISL. I spoke to Manolo and other players about the team, and I think we have a strong side this season to get to the playoffs,” said Juanan after completing formalities.

“Manolo is very good, as a coach and as a person. Everyone has seen the work he has put in with the team last season. His idea is very clear, and he wants his team to play with the ball in every situation. The team has always put up a fight at all times and everyone could see that,” he added.

Standing tall at 1.92m, Juanan began his senior career with Deportivo La Coruna in Spain and spent time with the Real Madrid Castilla before moving to Germany in 2011. He featured in the 2012-13 season of the Bundesliga with Fortuna Düsseldorf and has played in Hungary, the USA and Spain before moving to India in 2016.

The Spaniard will now ply his trade under Manolo Marquez in the upcoming 2021-22 ISL season. “Juanan’s experience is very important because we have very good young defenders in our team, and he can help them. Not too many players have played in India consistently over five seasons,” said the HFC Head Coach.

With 71 ISL appearances and 5 goals, Juanan will add valuable experience to the young squad at Hyderabad FC. “Of course, I have spent a lot of time playing in India, and I hope I can help the younger players in the squad. As a defender, I like to always communicate with my teammates from the back. We have the right balance of youth and experience in our squad and I believe that not just me, but the other senior overseas and Indian players will help the youngsters develop and become a stronger unit,” added the Spaniard as he looks forward to the upcoming season.

With Juanan, Hyderabad FC now has five overseas players who come in having played ISL in the past, and Coach Manolo believes that their understanding of the league will be key during the 2020-21 season. “From what I have seen in the ISL last season, it is very important to sign players who know about the league and its distinctive features. All our foreigners have experience from last season and we’ll need them as we look to manage every situation during the next season,” said Manolo.