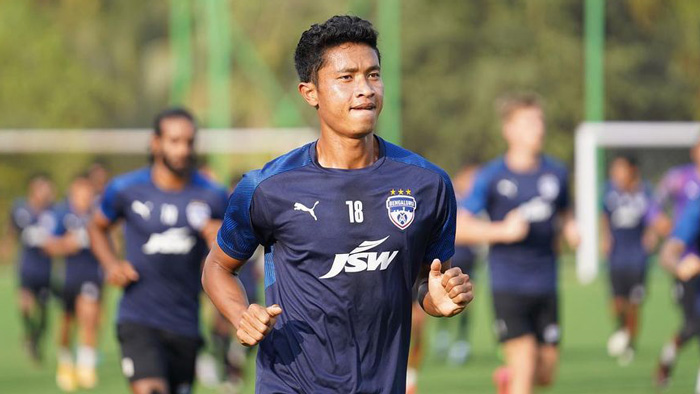 Striker Thongkhosiem (Semboi) Haokip has penned a one-year deal with SC East Bengal, adding to the team’s attacking options ahead of the Hero Indian Super League 2021-22 season, the club announced on Tuesday.

Haokip joins the Red-and-Gold Brigade from Bengaluru FC, where he spent four seasons. Haokip was with East Bengal in 2017 for a short loan spell from Kerala Blasters FC.

“SC East Bengal will provide a fresh challenge, and that is something I am looking forward to. I have played for East Bengal before, so it’s great to be back. I know the pulse of the fans and that always motivates a footballer,” said Haokip, 28. “Being a striker, it is also a great opportunity for me to work with Robbie Fowler (head coach). He was such a legendary striker himself and I am looking forward to learning so much from him,” he added.

𝐒𝐞𝐦𝐛𝐨𝐢 𝐇𝐚𝐨𝐤𝐢𝐩 returns to East Bengal, putting pen-to-paper on a one-year deal that will keep him at the club till the end of the season.

Haokip began his career with the Pune FC youth academy, going on to then play for the Pune FC first team and making a mark. He impressed in Hero ISL 2015, scoring four goals in six matches for FC Goa, which included a hattrick against Mumbai City FC. Bengaluru FC then roped in Haokip in the 2017-18 season, where he was mainly used in the AFC Cup 2018, scoring thrice.

Haokip made seven appearances for the Blues during their Hero ISL 2018-19 win and scored once. The striker added 14 more appearances to his tally in the 2019-20 season, scoring one goal. He made five appearances last season for Bengaluru FC.