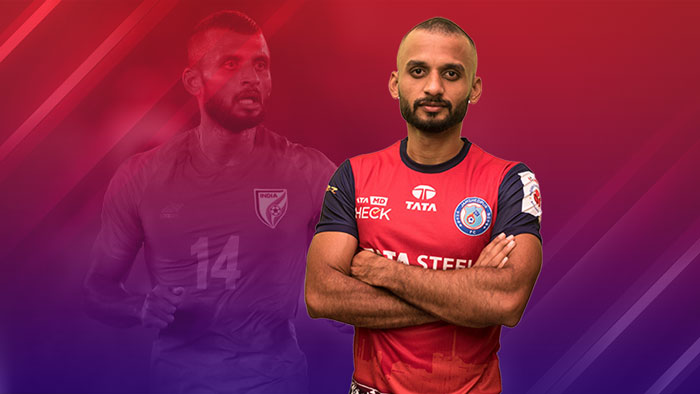 Jamshedpur signed current Indian International Pronay Halder on loan from ATK Mohun Bagan. The club continued its endeavor to build a formidable squad for Indian Super League 2021-22 season. It’s a homecoming of sorts for Pronay as he returns to the city where he made his start as a football player with Tata Football Academy.

Pronay, a serial winner, has already set his sights on winning the ISL with Jamshedpur. Upon signing for the club he said, “Jamshedpur nurtured my dream of growing to be a professional footballer. Now, I hope to give back and help the city to scale newer heights and bring silverware. I would like to thank the head coach and the management for putting their trust in meand would not leave any chance to repay the faith of them as well as the fans.

“All clubs begin the season with the aim to win the Indian Super League and we are no different. Primarily, we would like to seal the top-four position and thereafter, we would plan for the knockout stage.”

Halder has made a total of 139 club appearances in his decade-long career thus far. The midfielder has also been capped for the Indian National Team, making 25 appearances for the Blue Tigers.

We are delighted to announce the arrival of the Indian National, Pronay Halder to the Jamshedpur squad.

Jamshedpur FC Head Coach, Owen Coyle was delighted to have Halder in the squad and said, “Pronay is an Indian International and one of the best and most experienced midfielders in the ISL. He will be a big presence for us with his leadership and command as he makes the game tick for Jamshedpur. Most importantly, Pronay is ever hungry for success. He wants to lift that ISL trophy and that is the winning mentality that made it a no-brainer for us to bring him here.”

The 28-year-old made his senior debut with the erstwhile AIFF developmental side Pailan Arrows after coming through the Tata Football Academy. Later, Halder joined Dempo and also represented FC Goa in the ISL in the same season. He won his first silverware after joining Mohun Bagan in 2015-16 as the Mariners lifted the Federation Cup.

He moved to Mumbai City later but returned to Goa after a season with the Islanders. Halder played an influential role in FC Goa’s run to the semi-final in the ISL 2017-18 season. He then signed a two-year deal with ATK.

Halder was part of the 25-man squad that travelled to Nepal for the friendlies. He will don squad number 8 for Jamshedpur FC in the upcoming season and will join his new teammates for pre-season training scheduled to begin in the coming weeks.