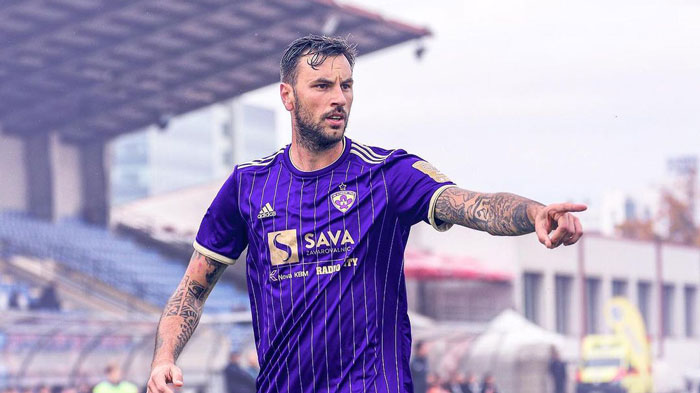 Star Slovenian midfielder Amir Dervišević has decided to pull the strings in the middle of the park for SC East Bengal this season in the Hero Indian Super League, the club confirmed on Saturday.

Dervišević, 29, joins the red and gold brigade from 15-time Slovenian premier league winners NK Maribor, where he spent eight years, playing 161 games and netting 18 goals. The skilful central midfielder played a key role in Maribor winning three championship titles, one Slovenian Cup crown and helped them to a place in the group stages of the Champions League in 2014.

“I am very happy to have signed with SC East Bengal. It’s a new challenge for me and I hope to have a very good season with my new teammates and all the technical staff. My primary target is to fight to win every match with this club so rich in history, because I know this team has a winning mentality and so does our new coach,” Dervisević said after completing the formalities. “I have heard about the derby in this part of the world. It is massive and one that I am looking forward to. I have been part of the biggest derby in Slovenia for so many years. I know the sentiment and what it means to the fans,” he added.

Dervišević was born in the Slovenian capital of Ljubljana but played all his life for Maribor with the biggest club in his hometown, NK Olimpija Ljubljana, being arch-rivals.

Dervišević started his career with Interblock, a Slovenian club in the city of Ljubljana in 2011. He then joined Krka for one season before moving to Maribor where during his stay, he became a darling of the fans.

The 2018/19 season saw Dervišević get a national team call-up riding his superlative performances for Maribor. He has been capped six times for the Slovenian senior team.

A playmaker with a penchant for spectacular strikes, Dervišević is not only a good passer of the ball but also helps the team defensively with the added skill of being a set-piece specialist.