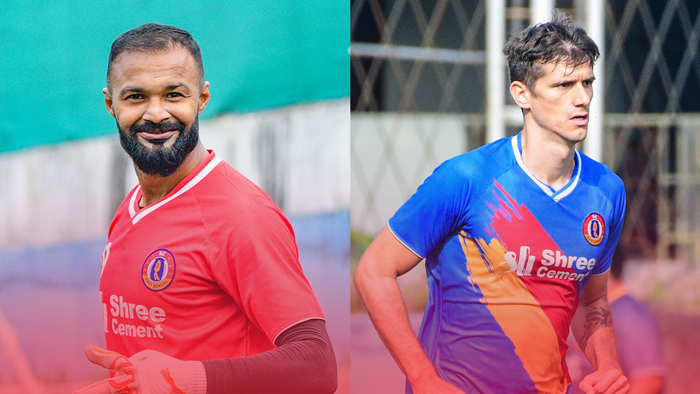 The 32-year old custodian kept 10 clean sheets and made 59 saves, adding gloss to his reputation as one of the finest shot-stoppers in Indian football.

The ISL and I-League winner has time and again shown his leadership qualities, wearing the armband for ATKMB the last term with distinction.

“I am happy to announce Arindam as captain of the team and Tomislav as vice-captain. They are both exceptional leaders on the pitch and also off it. Arindam has been there in Indian football for a long time and knows what it takes to lead a team like SC East Bengal. Tomi too has vast experience and he is a natural leader. All the players in the squad respect them and I believe they can get the best out of the team,” said head coach Jose Manuel Diaz.

“It’s a huge honour for me and especially for my family because everyone back home is an East Bengal supporter. I am looking forward to living up to everyone’s expectations and performing to my fullest. Though I stand in goal during the games, I promise to lead from the front and make the fans from all over the world proud of this bunch,” Arindam said.

Jose Manuel Diaz 🗣️Arindam knows what it takes to lead a team. Tomislav too is a natural leader. #WeAreSCEB 🔴🟡 pic.twitter.com/21TA2iwgVn

“I feel honoured. I just arrived at this club. To get that honour to help to lead the team is a nice thing. It gives me confidence. The only thing I can say is that I will give my best on the field and I will do my best to help to lead the team. Arin(dam) is the captain and I am the vice-captain, but we have a lot of leaders in the team. We have good characters and I am just one of them,” said Mrcela.

SC East Bengal take on Jamshedpur FC in their opening encounter on November 21 at the Tilak Maidan Stadium.