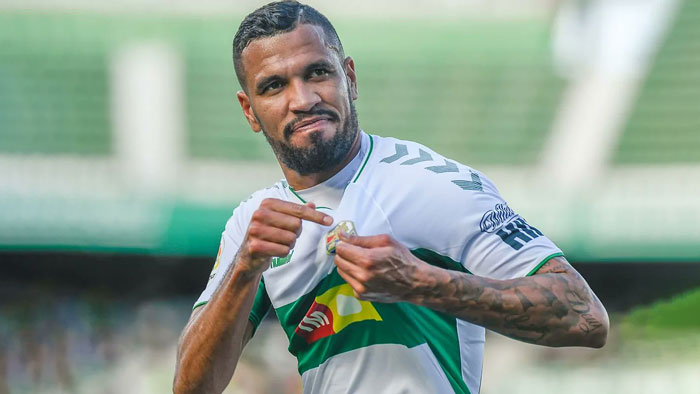 Odisha FC has announce the signing of experienced Brazilian centre-forward Jonathas Cristian de Jesus ahead of the upcoming Hero Indian Super League 2021-22 (Hero ISL 2021-22) scheduled to be played in Goa.

32-year-old Jonathas has played in various top-notch football leagues in many countries including Brazil, Netherlands, Spain, Italy and Germany. He started his professional career with Brazilian club Cruzeiro in 2006 after playing for their youth team. He had also represented Ipatinga and Villa Nova on loan in Brazil before signing for Dutch club AZ in 2009.

The experienced striker has played in the Serie A, La Liga and Bundesliga in Europe and represented clubs like Pescara, Torino, Elche, Real Sociedad, Hannover 96 among others and has more than 100 career goals to his name.

Before joining the Bhubaneswar-based side, he was with UAE Pro League club Sharjah FC and played for Hatta Club on loan in 2021. Jonathas had also donned the Brazil U-19 colours during Sendai Cup in 2008.

After joining the OFC camp, Jonathas expressed, “I am very excited for this new challenge in my career.  The project that Odisha FC showed me had a big impact on my decision. I am very motivated and I am looking forward to play in the ISL and achieve greater things with Odisha FC. Ama Team Ama Game!”

Head Coach Kiko Ramirez stated, “Jonathas has to be our goal scorer. He will give us work inside the pitch and he will make it very difficult for opposing defenders. In addition, he comes to the club with a lot of hunger and motivation to make a big impact in the ISL. Apart from his great character, he has a lot of quality, he is good in the air and he can create chances on his own.”

Speaking about the new foreign signing, Odisha FC Club President Mr. Raj Athwal commented, “We are thrilled to have signed a player of Jonathas’ quality and experience. His record speaks for itself, having played and scored in all the top leagues worldwide including Serie A, La Liga and the Bundesliga. Jonathas is a huge signing not only for Odisha Football Club but Indian football in general.”