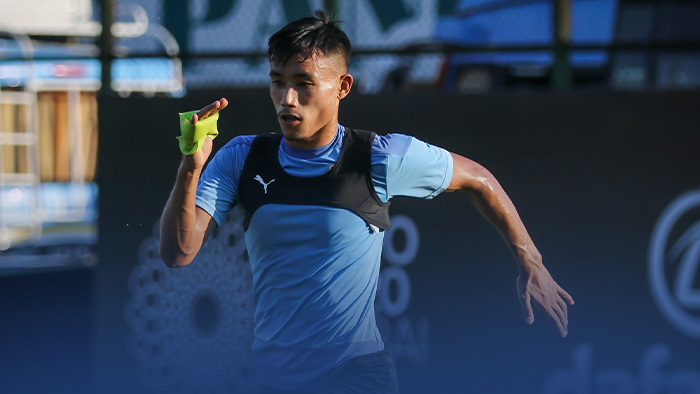 SC East Bengal on Monday announced the arrival of I-League winning defender Naocha Singh, on loan from Mumbai City FC till the end of the 2021-22 Hero Indian Super League season.

Naocha, who hails from Manipur, helped Gokulam Kerala win the I-League in the 2020-21 season, playing every minute for the Malabarians that term. Earlier, he was key to their successful 2019 Durand Cup campaign.

The full-back, capable of playing on either flank, began his career with NEROCA FC’s youth set up and went on to play for TRAU FC before returning to NEROCA to feature in the 2018-19 I-League.

We are happy to announce the arrival of I-League winning defender 𝐍𝐚𝐨𝐜𝐡𝐚 𝐒𝐢𝐧𝐠𝐡, on loan from Mumbai City FC till the end of the 2021-22 Hero Indian Super League season.#JoyEastBengal #WeAreSCEB #আমাগোক্লাব pic.twitter.com/6hrFQhpL5R

“I am looking forward to turning out for SC East Bengal. It is such a prestigious club and has such rich history. I will try and help the team this season and also get important minutes under my belt,” said the 22-year old.

“Naocha is a strong defender with impressive qualities, and we are very happy to have him with us SC East Bengal. At a very young age, he has tasted success and also knows what it means to play big clubs in India,” said head coach Mario Rivera.

SC East Bengal will take on Chennaiyin FC on Wednesday at the Tilak Maidan Stadium.