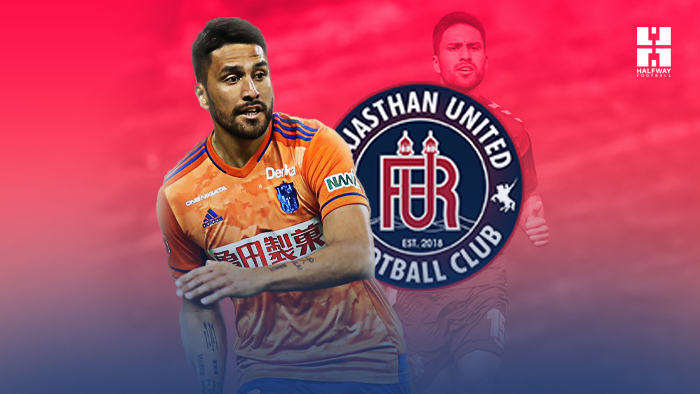 The center back from Santo Tomé, Argentina spend his youth career at Club Atlético Banfield. He made his professional debut on 22 June 2008, in a 2–3 away defeat against River Plate. After more than three full seasons with Banfield, Mauro moved to Real Murcia CF. He spent almost six years in Spain playing for clubs including UD Almería, SD Eibar, and CD Tenerife. He has played more than 150 matches in Spain, which includes 85 LaLiga appearances and 74 Segunda division matches.

The defender also had time playing in Japan, with Albirex Niigata, where he played a total of 40 matches in the J2 League (Japanese second tier). His last stint was with Argentine first division club Godoy Cruz. He played more than 300 professional matches and has netted the ball seven times.

Ahead of the ongoing Indian Super League season, Kerala Blasters FC was interested in securing his service but an agreement wasn’t reached between them. Later the club signed Croatian defender Marko Leskovic.

The Rajasthan-based newly-promoted outfit played their first I league match against RG Punjab FC with just nine players including their Nigerian midfielder Akeem Abioye. The match ended 2-0 in favor of Punjab. Other than Akeem Abioye, all other foreigners have been released after the league got temporarily suspended. The club has already announced the arrival of Spanish forward Pedro Manzi. Mauro Dos Santos is their third foreigner, the club is currently working to complete their Asian signing.