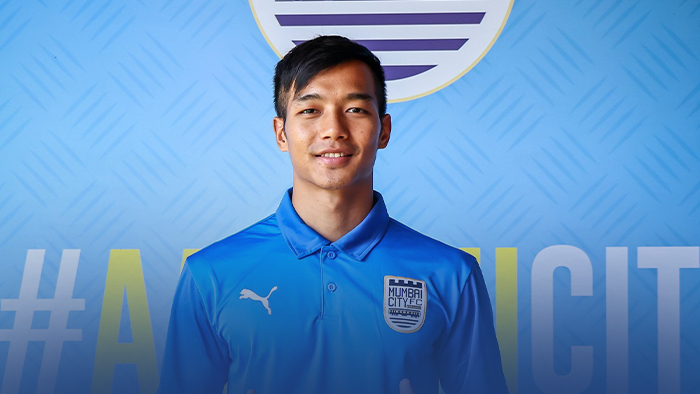 Mumbai City FC has confirmed that the club have reached an agreement with Chennaiyin FC for the loan of Lallianzuala Chhangte. The 24-year-old winger joins the Islanders until May 31, 2022.

Born in the town of Lunglei in Mizoram, Chhangte rose through the ranks at DSK Shivajians after joining the club at 17. After impressive performances at youth levels for club and country, Chhangte was chosen for a brief training stint at Liverpool FC’s academy at Kirkby, England in 2016. After signing his first professional contract with DSK Shivajians, the pacy attacker made a loan move to NorthEast United and made his ISL debut against Mumbai City in November 2016.

After a season in the I League with DSK Shivajians, Chhangte was picked in the 2017 ISL Draft by Delhi Dynamos where he spent two seasons and recorded 8 goals and 5 assists. A brief trial with Norwegian club Viking FK followed for Chhangte before he signed for Chennaiyin FC ahead of the 2019-20 season. In his six seasons in the ISL, the 24-year-old has 90 appearances to his name and is the third-highest Indian goalscorer in the league’s history with 20 goals.

Chhangte impressed for the India U-19 and U-23 sides and made his debut for the senior national team in December 2015 against Sri Lanka in the 2015 SAFF Championship and went on to score a brace in his second international appearance against Nepal at the age of 18. With the experience of representing India in several campaigns, including the FIFA World Cup Qualifiers, Chhangte has 11 caps and 4 goals under his belt in national colors.

Chhangte will wear the number 43 jersey for Mumbai City. The Mizo winger becomes the fourth addition in the January transfer window and will be available for selection in the Islanders’ next fixture against ATK Mohun Bagan on February 3, 2022.

“It’s a proud moment for me to arrive at Mumbai City where the ambition is to compete at the highest levels. Throughout my career, I have pushed myself to become better. I want to keep working hard and I want to help to bring success for the club and for the incredible fans of Mumbai City. Moreover, I’m excited to start working under the coach Des Buckingham and his staff. I’ve spoken to the coach and he has put his faith in me to be a part of the plans he has for the team. I want to express my thanks to Chennaiyin FC for all their support, and I can’t wait to get started with my new family.”

“At Mumbai City, we have always maintained that we want the best Indian players at our club and Chhangte is one of the best. He has the desire to learn, the ability on the pitch, and all the qualities we look for in a Mumbai City player but more importantly, he’s humble and has a good head on his shoulders. We believe that he can bring a new dimension to the way we attack and I am sure that Chhangte can help us immensely in our targets for the rest of the season. We look forward to having him in our group at Mumbai City.”