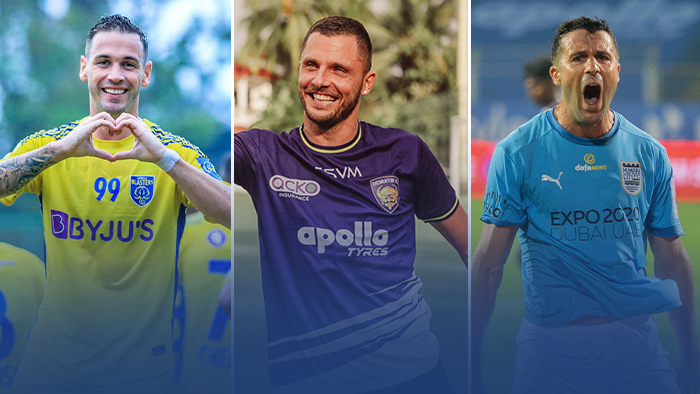 Another week of Hero ISL season 8 action ended yesterday, let’s have look at what awaits us in the upcoming week.

Super Sunday with the Southern Derby

The Highlanders approach this game looking to find winning ways after the disappointing defeat and not so great performance in the draw against Kerala Blasters meanwhile, Chennaiyin FC is coming after a 1-0 victory against Hyderabad FC. Chennaiyin FC will miss their star midfielder Rafael Crivellaro, he incurred a muscle injury and will be out of action for at least four weeks on the other hand Midfielder, Fede Gallego is completely fit and is ready to face the marina machans.

Odisha FC is facing East Bengal FC on Tuesday hoping to keep their winning streak intact but the torchbearers had yet another disappointing start to the season and it’s a must-win for East Bengal after a humiliating defeat in the Kolkata Derby. Both teams have their full set of players accessible for their upcoming match.

ATK Mohun Bagan and Mumbai City are the top contenders for the league shield. The mariners are facing the Islanders on Wednesday with nothing but three points in mind, to not miss out on the league title as they slipped out in a slight margin last year. Mumbai City has a relatively new foreign squad with a new head coach and they’ve been beaten by Hyderabad FC in their last outing meanwhile, ATK Mohun Bagan is continuing their winning streak under Antonio Habas. Vignesh Dakshinamurthy will miss out on the match as he sustained an ankle injury.

Men of steel to face the Nizams

On Thursday, Jamshedpur FC will face Hyderabad FC. Jamshedpur gave a shock to FC Goa and Hyderabad FC upset Mumbai City in their previous outings. With few or Zero injury concerns both teams are hoping to bag the maximum points. The relatively young team under Manolo Marquez is one of the fan-favourites and the men of steel under Owen Coyle are ready to have a smooth league run and a possible top-four spot.

Marina Machans to take on the Torchbearers

Chennaiyin FC will host East Bengal on Friday at the Tilak Maidan stadium. Having a look at the previous games, Chennaiyin FC has an edge over East Bengal. The Red and Gold brigade overcome their difficulties and find their way back to the glory but it doesn’t look that easy and for Chennaiyin FC the absence of Rafael Crivellaro will be a blow.

On Saturday, Northeast United FC will take on FC Goa at 7:30 PM and Bengaluru FC will host Mumbai City FC at the Athletic Stadium at 9:30 PM. FC Goa has lost their first two matches conceding six goals and scoring only one, Injury of their midfield magician Brandon Fernandez is a huge blow to their comeback hopes. Mumbai City FC on the other hand will miss their key man Vignesh and Bengaluru will not have Leon Augustine available for the clash.