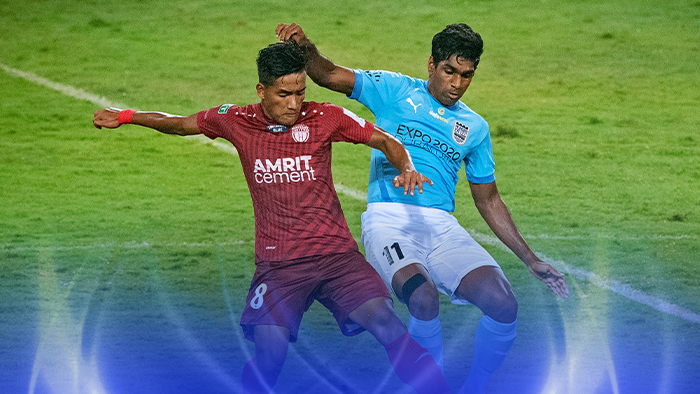 Mumbai City FC will know they have a golden opportunity to snap a five-game winless run when they take on rock-bottom NorthEast United FC in the 2021-22 Hero Indian Super League at the PJN Stadium in Fatorda on Tuesday.

Mumbai are out of the top-four in the points table for the first time this season, sitting in fifth place tied on points with Hyderabad FC on 17 from 11 games. Even if Hyderabad beat SC East Bengal on Monday, a win for Mumbai would mean they go level on points with League leaders Kerala Blasters who are also on 20 points but with a game in hand.

NorthEast United are last in the table having only nine points to show for from 13 games. But, the defending champions are undergoing a wretched run with no wins in the last five games and against NorthEast United who have not won in their last six games, losing four of them, the Islanders would heavily fancy their chances.

“In the last few games we have played some good football but it is just that, we have not been able to come up with the results. With 9 games to go, we are in a good position to finish off strongly in the second half of the season. It starts with NorthEast tomorrow. In fact, I was impressed with the way they played their last game. They could have ended the game at least with a result as they had a lot of chances in the game,” said Buckingham.

NorthEast United displayed a gritty performance in their last game and were unlucky not to get anything out of it. Marcelinho looked razor-sharp in the last game since coming on and so did Marco Sahanek, their two January transfer window signings.

The Highlanders’ troubles in holding onto leads would bother head coach Khalid Jamil. Despite taking a lead in their 2-1 loss to Chennaiyin FC, NorthEast United conceded two goals in quick succession to lose grip of the game. NorthEast United have dropped points from winning positions in five of their last 6 games.

The last time the two sides met, it was a tasty encounter that ended in a 3-3 draw.