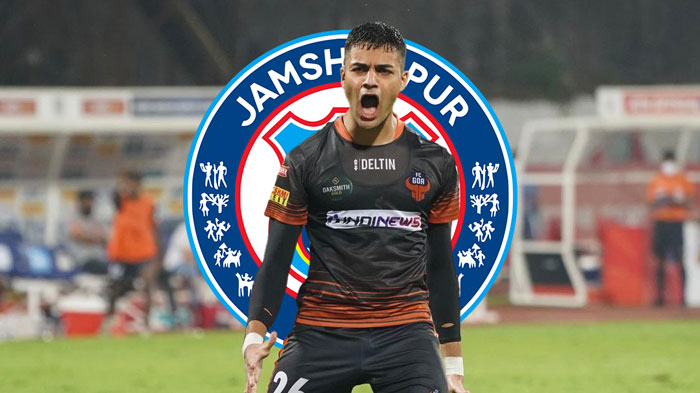 Jamshedpur FC signed Ishan Pandita on a transfer from FC Goa. The club secured the youngster’s commitment with the club on a two-year deal which will see him don the red jersey till May 2023.

Pandita is brimming with confidence from an amazing debut season in the Indian Super League (ISL), having scored 4 goals at an average 33 minutes per goal in 11 appearances for FC Goa. His performances subsequently earned him a call-up to the Indian National Team in March 2021, ahead of India’s friendlies against Oman and UAE. On 25 March, he made his debut in a 1-1 draw match against Oman.

Thrilled at joining the men of steel, young Ishan said, “I’m extremely excited to be joining Jamshedpur. I feel this is the perfect place for me right now to grow and develop with the help of Owen Coyle and the unwavering support of Jamshedpur’s fantastic fans. I can’t wait to get on the field and put on that red jersey of Jamshedpur.”

The young marksman became the first Indian to sign a professional contract with a club in La Liga in 2016 when he joined the setup at CD Leganes. There he turned out for the club’s U-19 side, which at the time plied its trade in the Division de Honor Juvenil, the top level of the Spanish system for youth players.

Jamshedpur Head Coach, Owen Coyle was delighted to get the young striker as he said, “Ishan had a fantastic season and is now an Indian International player. He was wanted by several clubs, and we are delighted to welcome him to Jamshedpur and fulfill his hunger to score goals. The fans can look forward to a repeat of his heroics from last season and more, with consistent playing opportunities. His addition emphasizes our belief in young Indian players who will have solid opportunities with us to showcase their talent and perform.”

Hailing from Jammu and Kashmir, Ishan was born in New Delhi before moving to the Philippines and then Bangalore. In pursuit learning football and better training opportunities he moved to Spain in 2014. After spending his initial days in the youth set up of UD Almería, he moved to CD Leganes. He then moved to Nastic de Tarragona for a stint in their U23 side before signing for Lorca FC.

Pandita has been handed squad number 45 by the club and will join the squad for the pre-season scheduled to commence in the coming weeks.