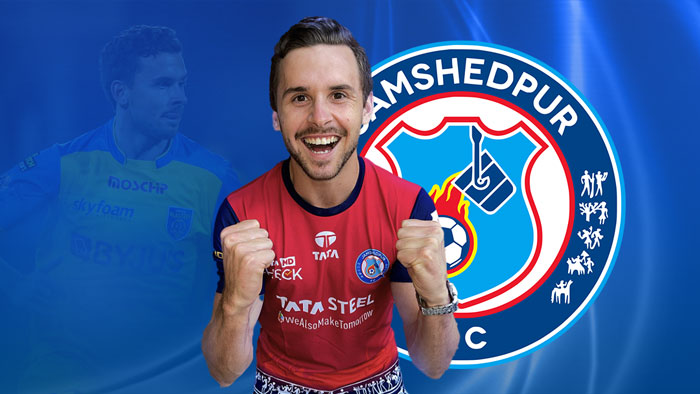 Jamshedpur FC added Australian forward Jordan Murray to add more flare and bite to its attack as the club continued to build its squad for the upcoming Indian Super League (ISL) 2021-22. Murray has signed a one-year deal with the club and is the fifth foreign signing of the club.

The Aussie also spoke about the role of Owen Coyle in his move to Jamshedpur. “The Gaffer played a big part in the move. He was keen to get me on board, and obviously the experience he has of coaching in the top leagues is something very few can boast about, and I am keen to learn from him,” he said.

Ready for the 🐍 celebration, Jamshedpur?

Dedicating this announcement to @ChandraDipPras1 who will be so happy. 😉

Murray began his career with Bulli FC before joining the youth team of Wollongong Wolves, which plays in the National Premier League. He then moved to Sydney to join APIA Leichhardt where he struck 43 goals in 64 games during his two seasons with the club and also won the Golden Boot in 2018. He subsequently moved to the A-League and spent the last two seasons with the Central Coast Mariners.

The 25-year-old spent his previous season with Kerala Blasters where he was one of the top performers having scored 7 goals. He started 14 games for the Tuskers in ISL 2020-21 (with a total of 19 appearances).

Jamshedpur FC Head Coach, Owen Coyle was all praise for Murray as he completed his move. The Gaffer said, “Goals and more goals! With Jordan being part of our attack now, you can now see the quality of the Jamshedpur strikers whose intention is to score lots of goals. He is a great finisher and good with hold-up play as well to allow others to score too. Jordan is someone who keeps improving with each game and a great teammate to have. I am sure the Jamshedpur supporters will be smacking their lips to see such a fiery frontline this season.”

Murray will don squad number 10 in the upcoming season and is excited and ready to join his teammates for pre-season training which is scheduled to begin in the coming weeks.