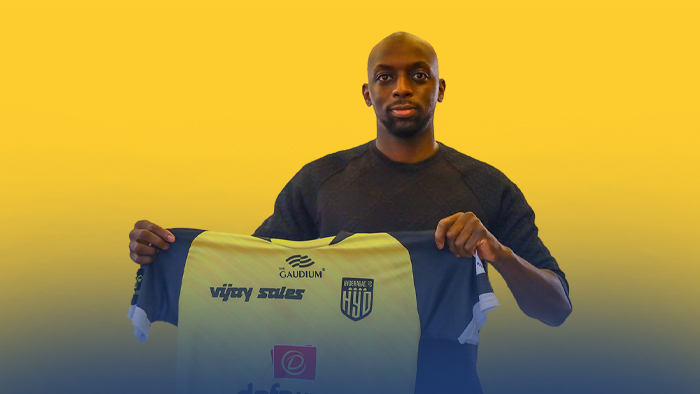 Hyderabad FC have completed the signing of Mauritania international midfielder Khassa Camara on a shot-term deal till the end of the season, the club announced on Saturday. The 29-year-old joins HFC as a free agent and replaces Edu Garcia in the squad.

“I am very happy to join Hyderabad FC and it is a pleasure to be a part of this fantastic club this season,” said Camara.

The 29-year-old has 40-plus appearances for Mauritania and was a part of the squad for the recently concluded African Cup of Nations.

Having started his career in France with Troyes, Camara moved to the Indian Super League in 2020 after spending four years with Greek Super League side Xanthi. He made 21 appearances for NorthEast United in the previous season and added a further seven to his tally earlier this season before being called up by his national side.

Camara already has a goal to his name in the ISL this season and vows to give his best for Hyderabad FC in this business end of the campaign.

“There is not much time but I will try my best to help Hyderabad achieve our targets this season. Whenever the coach needs me, I will try to contribute in the best way possible that I can,” said Camara.

“Our team has done really well so far this season and the plan is to continue the good work and help the team with my qualities on and off the field,” he added.