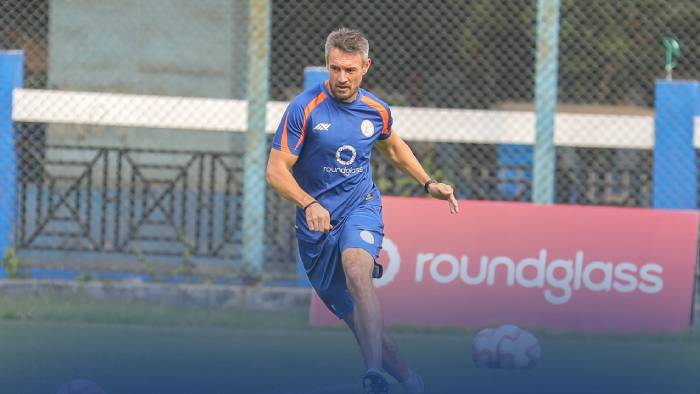 RoundGlass Punjab FC will restart its I-League 2021-22 campaign on March 04 against Churchill Brothers FC Goa, with the League set to recommence after being postponed in January owing to the COVID-19 pandemic situation. The Club assembled and resumed training in Kolkata earlier this month and entered the League’s bio-secure bubble on February 21.

The format of the competition remains the same as before, with all 13 teams to face each other once in a single round-robin format in the first round, after which the league will split into two groups for the second phase. The first round of fixtures was completed in December, which saw RoundGlass Punjab FC register a 2-0 win over Rajasthan United FC.

Ashley Westwood, Head Coach, RoundGlass Punjab FC, said, “It feels great to be back on the pitch once again and the whole team is excited for the restart of the I-League. I am happy to see the efforts put in by the boys in training over the last few weeks. We are determined to put our best foot forward in the upcoming matches and inspire our fans with an exciting style of football.”

Nikolaos Topoliatis, Football Director, RoundGlass Punjab FC, said, “All teams are returning after an unexpected break, which was important for the safety of all players and officials. Everyone is now waiting eagerly for the matches to start. The team has shown a lot of character during this period and we are refreshed and looking forward to fighting for the I-League title with renewed vigour.”

Gurtej Singh, defender and captain, RoundGlass Punjab FC, said, “All the players are working very hard ahead of the league’s restart and we cannot wait for the action to kick off. Training has been fantastic, and we are preparing in the best way possible. We hope to make our fans and the people of Punjab proud with our performance.”

RoundGlass Sports has embarked on its mission to strengthen the sporting ecosystem in India, underpinned by the principles of Wholistic Wellbeing. An attitude of boldness, creativity, honesty, and risk-taking epitomises RoundGlass Punjab FC, which is bringing the unique spirit of Punjab’s sporting culture to Indian football and wants to inspire every child to play.