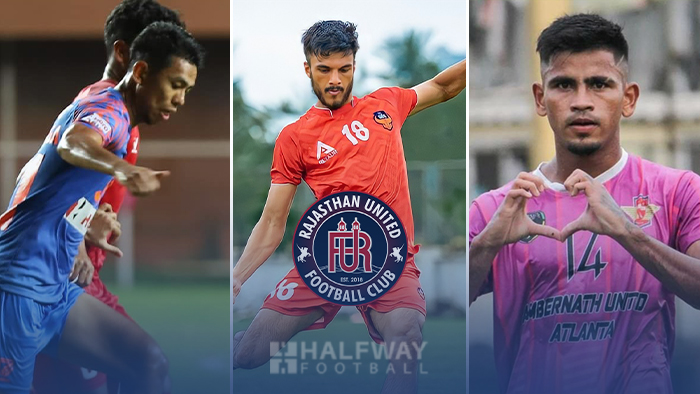 The 23-year-old midfielder, Laliansanga Renthlei played for Sudeva FC in the I-League last season and grabbed an assist to his name from the 12 games he played. He has also plied his traits for the Indian arrows.

Danstan Fernandes, the 21-year-old midfielder is one of the other additions made by the club from Rajasthan. After coming through the ranks of Dempo SC, he previously was playing for FC Goa in the Indian Super League managing to make only one appearance for the gaurs last season. He appeared seven times for FC Goa in the RF Developmental League which where held during April-May 2022.

Alister Anthony who is a proven goal-scorer will be an exciting new addition to the attacking department. Playing for Ambernath United – Atlanta FC last season, the 22-year-old managed to bag the golden boot in the MFA Elite Premier League by slotting in 21 goals and 6 assists from the 15 games he played.

Rajasthan United FC have been very active in the transfer market ahead of the 2022-23 season and these three youngsters will bolster their squad even more.