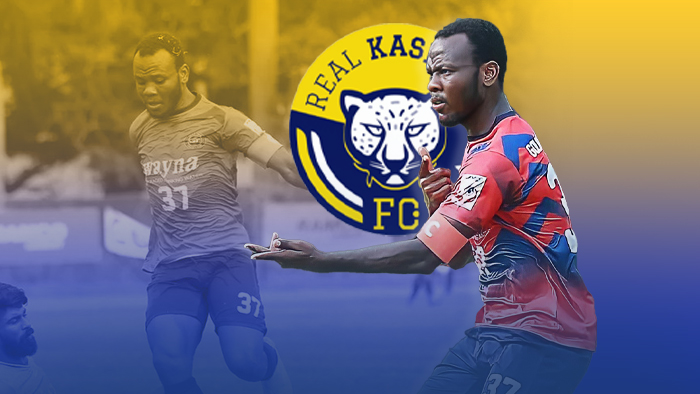 Seidu Nuhu Issahak, commonly known as Nuhu is a versatile forward who can play as the main striker inside the box, a secondary striker as well as a wide forward. He has a powerful left foot and is excellent in his dribbling skills.

The 26-year-old forward was part of the Ghana U17 team in 2009. He has booted up for Liberty Professionals FC, Tema Youth SC, and Ashanti Gold SC in Ghana. He was bought to India by Kerala-based Golden Threads FC, in 2019. Nuhu showcased a stellar performance for the club and was the Golden Boot winner of the Kerala Premier League twice (2019/20, 2021/22).

Seidu Issahak becomes the third foreign reinforcement for the Snow Leopards after Tajikistani midfielder Nozim Babadzhanov and Ghanaian defender Lamine Moro. The club is expected to complete the remaining signings in the coming days.