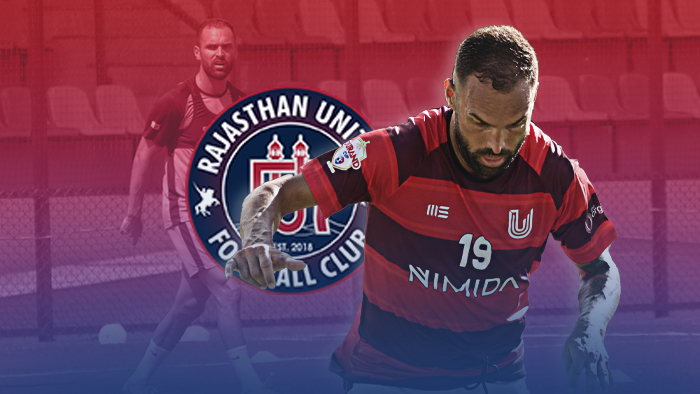 Pedro Javier Manzi Cruz, simply known as Pedro Manzi is a familiar name for many Indian football fans. The Uruguayan-born Spanish forward started his journey at Espanyol Youth in 2009. Till 2018 May, he piled his stint for various clubs, and in May 2018, he joined I-League club Chennai City. On 26 October 2018, he made his debut for the club against Indian Arrows. He also helped the team win their first I-League title, and won the I-League 2018/19 golden boot with 21 goals.

After a season with Chennai City, he moved to the Japanese second division side Albirex Niigata with a transfer amount close to Rs 1 crore.

Later he returned to India with I league side Mohammedan SC and then moved to Nepal first division club Biratnagar City. His recent stint was with Bengaluru United, where he played I-League Qualifiers, Durand Cup, and Bengaluru Super Division.

The Rajasthan-based newly-promoted outfit played their first I-League match against RG Punjab FC with just nine players including their Nigerian midfielder Akeem Abioye. The match ended 2-0 in favor of Punjab. The club signed some big profile foreign players ahead of the I League 2021-22 season but failed to register them.

The league was suspended in early January due to rising Covid cases in the bio-bubble. All of their foreigners left the team after terminating their contracts due to various reasons. Brazilian attacker Marcelinho joined Indian Super League club Northeast United FC on a loan deal. Midfielder Fabiano Alves and forward Diego Bielkiewicz returned to their homelands. Tajikistan forward Komron Tursunov moved to fellow I-League side Churchill Brothers. Other than the Nigerian midfielder Akeem Abioye, none of them were able to play a single game for the club! They have identified their other foreign targets and negotiations are going on.

A meeting from the Hero I-League organizers is expected to be scheduled in the first half of February, in which the decision regarding the future of the temporarily suspended league would be taken.