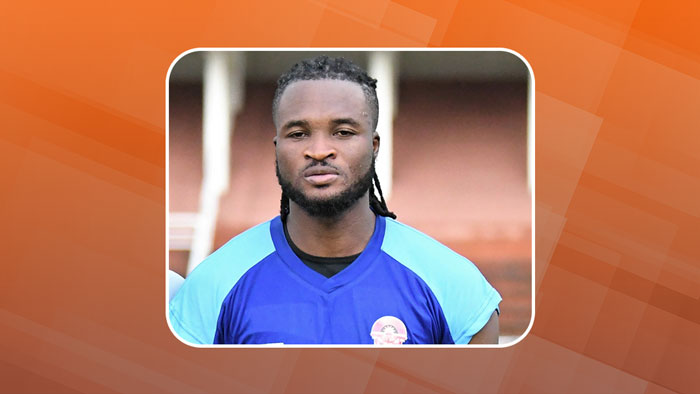 Gokulam Kerala FC have announced the signing of Rahim Osumanu, a striker from Ghana.

The 26-year-old striker from Ghana comes to Gokulam with a wealth of experience playing in various countries such as Ethiopia, Algeria, and Zambia.

He made much of his name as a ruthless striker in Zambia where he netted 12 goals in 25 appearances for the super league side Buildcon FC. He later moved to Zesco United in Zambia in 2018 where he netted twice in the CAF Champions League and Confederation Cup.

To tear apart opposition defenses, to hunt down goals, 𝑯𝑬 has come to Malabar

𝑹𝒂𝒉𝒊𝒎 𝑶𝒔𝒖𝒎𝒂𝒏𝒖, the striker from the land of ★ Black Star ★, is all set to prep up Malabarians' attack this season 💣👊

After his exploits in Zambia, he played for Algerian club top club ASO Chief. Last season Rahim played for Ethiopian side Jimma Aba Jifar in the Ethiopian Premier League.

“This is my first stint in India. I am looking forward to a superb season ahead and the fans will get to know who I am shortly. I have started training and we are all set for our first championship of the season,” said Rahim Osumanu.

“He is a box player and he is a top finisher. He is equally good in aerial duels. Also, his leadership skills are top-notch. I believe he can make a big impact in Asia,” said GKFC head coach Vincenzo Alberto Annese.

“Rahim is a player, who can make a huge difference up front. He has experience in playing for top clubs in Africa. We welcome Rahim to Gokulam and wish him a fantastic season,” said VC Praveen, the president of Gokulam Kerala FC.