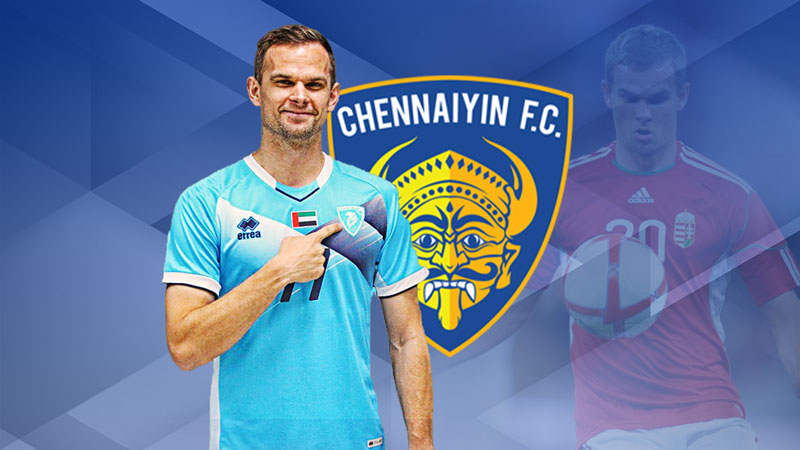 Chennaiyin FC has got their sixth and last signing for the 2021-22 ISL season. 32-year-old Hungarian attacking midfielder Vladimir Koman set to sign for Chennaiyin FC from UAE club Hatta, Halfway Football can confirm.

Koman joined Seria A side Sampdoria’s youth side in 2005. He made his Serie A debut for the club in 2007 against Torina and provided an assist. He spent two seasons on loan for two fellow Italian clubs and returned to Sampdoria and became a regular member of the club in 2010-11 season.

He joined Ligue 2 side Monaco for a four-and-half year deal, but ended his association with the club after just 17 matches, signed for Russian side Krasnodar. Former Hungarian International then played for Ural in Russia, Diósgyőr in Hungary, Adanaspor in Turkey, Sepahan FC in Iran and most recenlty for UAE club Hatta.

He lead Hungary U-19 in the 2008 UEFA European U-19 Championship. Koman was part of the Hungary U-20 national team which finished third at the 2009 FIFA U-20 World Cup. He has also played 36 games for Hungary national team at the senior-level.

With experience of playing 300+ matches across different countries, Vladimir Koman will bring in experience and versatility into Chennaiyin’s midfield.

Under newly appointed boss Bozidar Bandovic, Chennaiyin FC will look to bounce back in the coming season after a disappointing one.