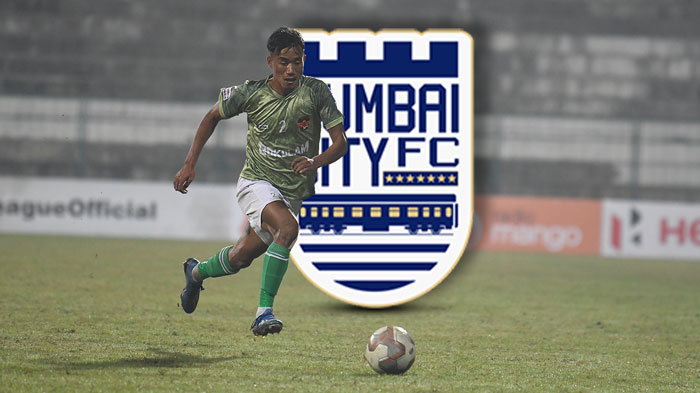 Mumbai City FC has announced the arrival of Huidrom Naocha Singh. The defender joins the Islanders having put pen to paper on a three-year contract until May 2024.

The 22-year-old started his career through NEROCA FC’s youth set up and went on to play for TRAU FC before returning to NEROCA to feature in the 2018-19 I League. The Manipuri defender signed for Gokulam Kerala FC ahead of the 2019-20 campaign and was instrumental in their successful 2019 Durand Cup campaign. Naocha played every single minute in the tournament and also provided an assist for Gokulam Kerala’s winner in the final against Mohun Bagan.

Naocha, who is capable of playing on either side as a full-back, once again tasted success with the Malabarians as Gokulam Kerala lifted the 2020-21 I League. Naocha played all 15 games without missing a minute in the title-winning campaign and displayed impressive performances on both sides of the defence.

Naocha Singh said, “Making the step up to the ISL is something I have been working hard towards and joining the defending champions Mumbai City FC is nothing short of a dream. The last two years of my career were very special indeed and while I got to be a part of a successful team at Gokulam Kerala, I want to do well and win silverware in the Indian Super League. I am excited to be here with Mumbai City and I hope to grow along this journey and make great memories with my new family and my new club.”

Head Coach, Sergio Lobera, “Naocha has shown his abilities in the I-League and previously, in the Durand Cup. He is a tough defender with great quality and we are very happy to have him with us at Mumbai City FC. He has tasted success at such an early stage in his career but we firmly believe that as a footballer, Naocha can get only better. We are excited to provide Naocha the platform and the support for him to go on and become an important player for Mumbai City.”