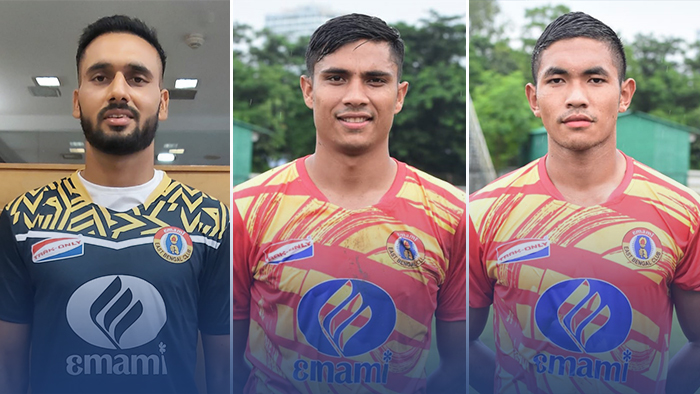 The 26-year-old goalkeeper signed after activating his release clause at Odisha FC. The Punjabi goalkeeper has made 44 appearances in the ISL including 12 for Odisha FC last season when he also saved two penalties. Kamaljit has been previously called up for the India senior national team and besides Odisha, has appeared for FC Pune City and Hyderabad FC, where he was also the captain.

The 27-year-old utility player has been signed on a free transfer after spending last season at RoundGlass Punjab FC where he made 17 appearances in the I-League. The former Jamshedpur FC player has made 32 appearances in the ISL scoring 3 goals and has played eight times for the India senior national team under the coaching of Stephen Constantine.

The 21-year-old versatile defender has been signed on loan from I-League Club Sreenidi Deccan FC, where he made 17 appearances last season and was also named in the I-League All Star Squad of 2021-22. The Mizoram defender had also played for Aizawl earlier in the I-League and this will be his first ISL stint.