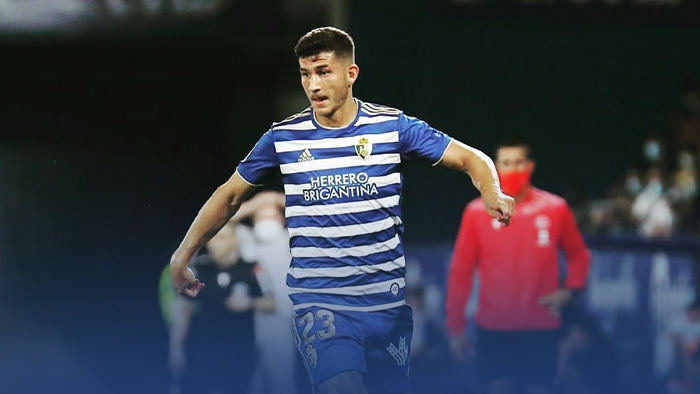 Odisha FC has successfully signed Saul Crespo Prieto on a 1-year deal for the upcoming season.

Saúl was born in Ponferrada, and joined SD Ponferradina’s youth setup in 2010. In 2015, he was loaned to Segunda División B side Atlético Astorga FC for the season.

It's a DONE DEAL for the Juggernauts🟣✅

Crespo made his senior debut on 19th September 2015, coming on as a second-half substitute in a 1–1 away draw against UD Logroñés. On 16th September, he signed a professional contract with Ponfe for three seasons. He scored his first goal on 10th April 2016, netting the equalizer at CD Guijuelo; he finished the campaign with 25 appearances. In August, he moved to fellow third division side Arandina CF.

Saúl returned to his parent club in July 2017 and was immediately assigned to the main squad. In June of the following year, he renewed his contract with the club and contributed with one goal in 30 appearances in 2018–19 as his side returned to Segunda División after three years.

Assembled in Ponferrada, Engineered for Odisha 🦾🟣@SaulCrespo23 is a JUGGERNAUT! 👊🏻😎

He made his professional debut in August 2019, coming on as a second-half substitute for Yuri de Souza against Cádiz CF.

Saul is an exciting, dynamic young defensive midfielder with a lot of experience for his age (25 years). He has a lot of game time under his belt in the LaLiga 2, Segunda Division B & the Copa Del Rey.