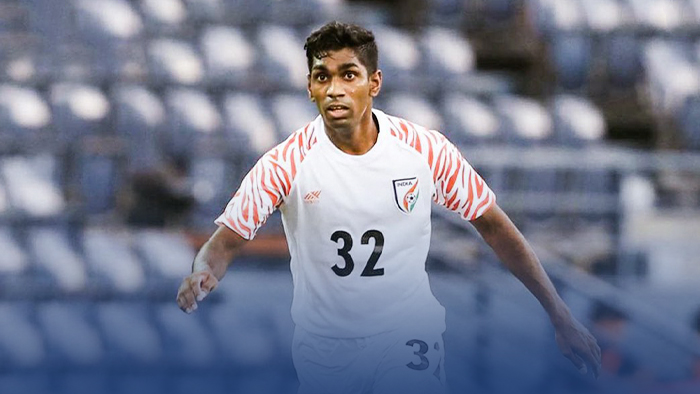 ISL side Odisha FC has announced that it has reached an agreement with Mumbai City FC for Raynier Fernandes, on a season-long loan.

Raynier Fernandes began his football career with Air India before representing Maharashtra in the Santosh Trophy. His breakthrough season came in 2017-18 with Mohun Bagan AC.

Fernandes made his Hero ISL debut with Mumbai City FC in the 2018-19 campaign and was the breakout star for the Islanders, making 17 appearances in midfield. He had two goals and one assist to show for his efforts.

After making 16 appearances in Hero ISL 2019-20, the India international signed a contract extension with the Islanders and went on to play 21 matches in their trophy-winning campaign in 2020-21.

The club has reached an agreement with Mumbai City FC for Raynier Fernandes on a season-long loan. ✍️🟣

The central midfielder won the Sikkim Governors Gold Cup and finished runners-up in the Federation Cup, Calcutta Football League (CFL), and the I-League, all in his first year at Mohun Bagan in the 2016-17 season. He then returned to Mumbai to represent the Islanders in the Indian Super League (ISL) in 2018.

“Football has been there in my life since I was in the third grade,” Fernandes stated in an interview with Goal. “I played at school level at Our Lady of Salvation in Dadar. My brother (Royston) who is six years elder than me was also a football player and when I got to the fifth grade, he played in the first team of Kenkre FC. Looking at his interest, I got encouraged to take the sport seriously.”

“I changed my school and went to Don Bosco, Matunga in the seventh grade because at Salvation the level [of football] was not as high as it was in Bosco’s. From there, everything went well and we won many championships at the school level. Then I went to MMK (Shrimati Mithibai Motiram Kundani) college in Bandra where I played hockey and football but my main choice was always football.

Brought in after the change of ends against Curacao, Raynier made his international debut at the 2019 King’s Cup in Thailand and made a strong case for himself in the two games (Curacao and Thailand) and was also utilized in the 2022 World Cup and 2023 Asian Cup joint qualifier games against Afghanistan and Bangladesh including a start against the latter in the same year.

“When you play the first game for your country, you have to play like it’s your chance to prove that you are worthy to be in the Indian national team and the experience I got down the road taught me that you have to just enjoy the game and play,” Raynier summed up.

Raynier went on to win the ISL trophy and the League Shield with the Islanders and secure a spot in the AFC Champions League group stage.