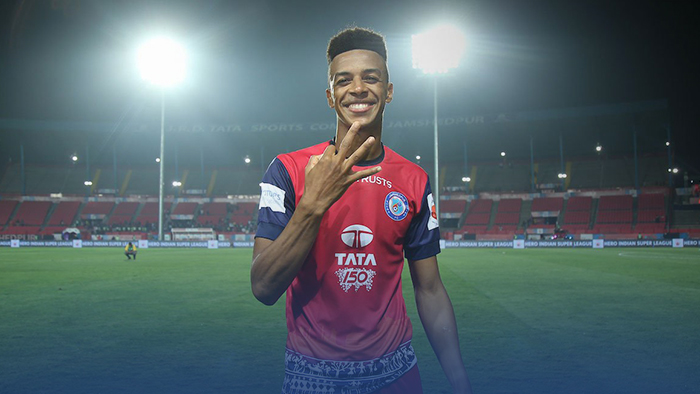 Jamshedpur FC completed the signing of Brazilian midfielder Wellington Priori adding more substance to its midfield. This 6ft 3inch tall midfielder was a part of the Red Miners inaugural ISL season and returns to the Furnace after four seasons. Having played in Brazil, Thailand and South Korea, Priori signed with NorthEast United of the Indian Super League in 2016 followed by a stint at the Furnace.

Priori made quite a reputation by scoring spectacular goals in the Red Miners colours. He scored a scintillating overhead bicycle kick against North East United and scored a breathtaking volley against Chennaiyin FC. His addition in the January transfer window took the club almost to the playoffs with a much improved performance in the second half of the league.

Wellington said,” I am coming back home where I belong. The time I have spent with the club was absolutely amazing and I am thrilled to be playing again at the furnace before the loyal and passionate Jamshedpur fans. Working with Aidy Boothroyd, who has abundant experience, will definitely help us succeed as a team. I will work hard with my teammates to win more silverware for Jamshedpur.”

Coach Aidy was elated at Wellington’s signing and said, “Wellington has all the attributes which you look for in a midfielder – he is technical, good with the ball, gets goals, and has experience of playing in the ISL. He is coming home, having played for the club earlier and will help him to hit the ground running.”

Wellington Priori will don jersey number 5 and join the squad in Jamshedpur for the pre-season in mid-August.