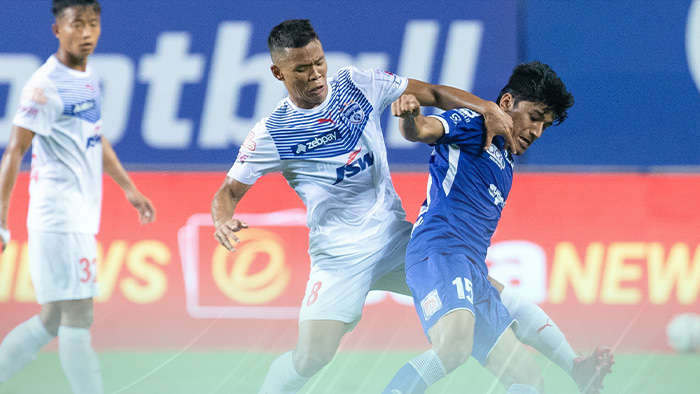 The Hero Indian Super League (ISL) is finally returning to the southeast coast after two years with a rip-roaring encounter between Chennaiyin FC and Bengaluru FC expected at the Jawaharlal Nehru Stadium in Chennai. Both sides are coming into this game after winning their respective opening ISL fixtures and will be aiming for full points to keep the momentum steady.

In a game of contrasting halves against ATKMB, The Marina Machans were conservative in the first half. In the second half, they tried to stamp their authority and probed further into the final third. Head coach Thomas Brdaric’s substitutions played a vital role in his side’s triumph.

Brdaric decided to introduce Kwame Karikari into the game just before the hour-mark. It took the Ghanaian just three minutes to win a penalty. Karikari himself netted the equaliser from the spot before setting up Rahim Ali with a delightful low cross for the winner in the 83rd minute. The Chennaiyin FC head coach said fitness played a key role.

“The fitness level is very important, the mindset has to be strong all the time – attentive with and against the ball,” he said. “[It’s important] that we are able to play in both directions, with fast counterattacks that we finish in the last zone, like [we did] last time. It was really pretty good to see how we were able to finish things especially in the second half. It’s a very balanced out league, everyone can beat the opponent and you have to be prepared for all matches, you have to work on high intensity.“

Bengaluru FC are one win away from reaching the 50-wins milestone themselves. The Blues are unbeaten in their last six games against the Marina Machans. However, the visitors have won just one out of five games at the Marina Arena.

Last season, Bengaluru FC scored 32 goals in the league. Nineteen of the 32 goals were scored via set pieces. The Blues kicked off the new season in a similar fashion as they scored the winning goal against NEUFC from a corner. Alan Costa scored his third Hero ISL goal when he nodded in the winner against NEUFC. All three of his goals in the Hero ISL have come from corners.

“We will be going there to win the game, be positive and keep building off of what we’ve been doing. There’s still quite a lot of work to do. We can get better, collectively, as a team”, said BFC head coach Simon Grayson. “Going away is a tough test for us but we have strong characters who can deal with the atmosphere and whatever is thrown at us”, he added.

The Marina Machans and the Blues have faced each other on 11 occasions in the Hero ISL. Bengaluru FC have won six encounters while Chennaiyin FC have won three. Just two games have ended in a draw.