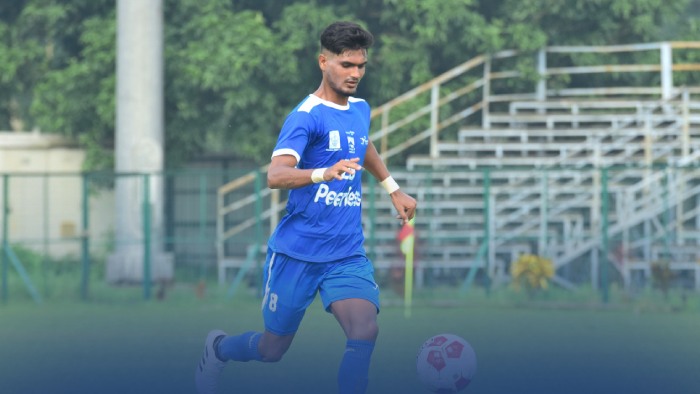 Chakladar is the third fresh signing for Marina Machans this summer. It is also a maiden ISL contract for the 24-year-old footballer, who captained Bengal in the 75th Santosh Trophy last month and played a crucial role in the state team’s runners-up finish.

“We are really happy to welcome Monotosh Chakladar to the Chennaiyin family. All of us at the club are aware of his leadership qualities and performances at the Santosh Trophy and we are excited to have him bring those qualities to the fold. I am certain he will fit in seamlessly into the team, and raise the overall level,” Chennaiyin FC co-owner Vita Dani said.

A well-known face in the Bengal football circuit, Chakladar will bring in valuable experience into the Chennaiyin side, having played in various domestic competitions in his five-year long career so far.

Previously, he was part of I-League teams Gokulam Kerala and East Bengal and now the Bandel-born player will look to make his mark for Chennaiyin FC in the country’s premier football league.

“I’m very excited to play in the ISL for the first time and that too for two times champions, Chennaiyin FC. My only motive now is to work hard, get into the first team and win titles with this team,” an elated Chakladar expressed.

Chakladar began his youth career at Kolkata-based United Sporting Club before moving to Mohammedan Sporting, where he made two I-League second division appearances in 2017-18 season.

His good showing for Pathachakra FC in the 2018-19 Calcutta Premier Division earned him an I-League debut in that season when he joined Gokulam Kerala on loan. He played four matches for Malabarians and then featured for East Bengal in the next I-League season.