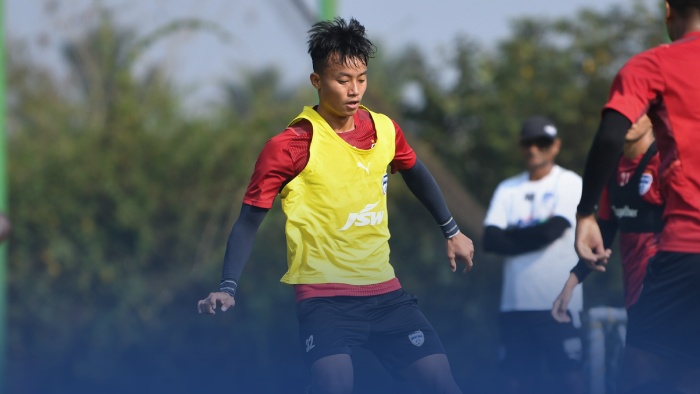 Bengaluru FC, on Friday, announced that full-back Naorem Roshan Singh has signed a three-year extension to his current contract that still has a year left on it, to keep him with the Blues until the end of the 2025-26 season. Roshan, who had a breakthrough campaign last term, picked up seven assists and one goal in the Indian Super League, and was named Emerging Player of the ISL.

“I’m really glad to extend my stay at Bengaluru FC. I’ve grown a lot as a footballer in my time here, and I believe this club presents me with the best environment to continue improving and contributing. I’m really looking forward to coming back to Bengaluru, and playing in front of the West Block Blues,” said Roshan, upon the completion of formalities on his deal.

WHIP, WHIP, BOOM! 💥 The future remains bright as ನಮ್ಮ ನಕ್ಷತ್ರ is set to shine in blue for a long time to come. ⭐ #Roshan2026 #WeAreBFC #Starboy pic.twitter.com/zQfrbsvmyW

A product of the AIFF Academy, Roshan joined Bengaluru FC as part of the club’s U18 Residential Academy in 2017, and made his debut for the Blues in their 2019 AFC Cup campaign, picking up an assist against Paro FC in Thimphu. For his standout performances in the League, the 23-year-old was named Fans’ and Players’ Player of the Year at the BFC Awards Night, in addition to winning the Goal of the Season accolade for his free-kick against Kerala Blasters.

“Roshan’s growth as a footballer is a success story of our player development pathway,and we are all really glad to see him sign on with us. Our aim is to build this team around our young players who are showing tremendous potential, and Roshan’s signature is one of many that we will secure,” said club CEO Mandar Tamhane.

Having turned out for the National team at various age-group levels, Roshan was named in Igor Stimac’s squad for India’s International friendlies against Bahrain and Belarus earlier this year, and is currently part of the Indian squad at the AFC Asian Cup Qualifiers.