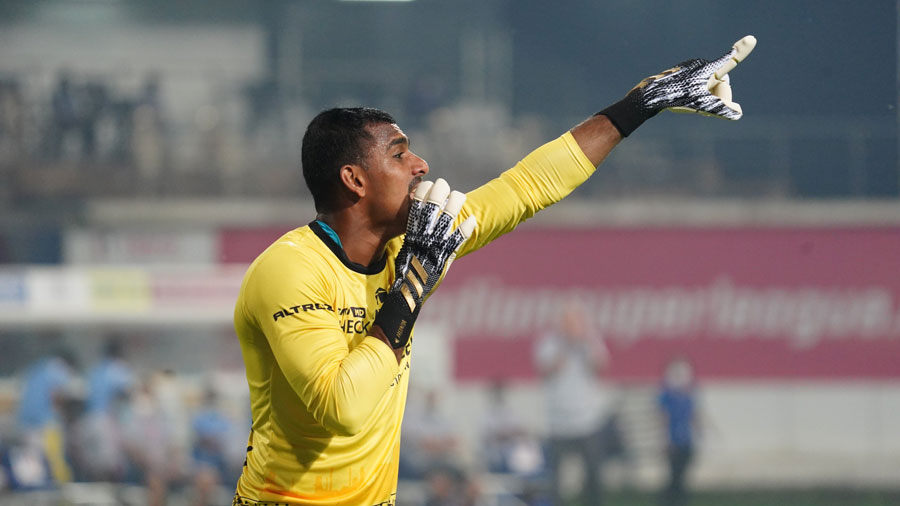 Jamshedpur FC retained services of TP Rehenesh as the goalkeeper signed a 3-year extension with the club. The shot-stopper will be seen wearing the Jamshedpur colors upto May 2024.

The 28-year-old from Kozhikode was delighted to continue playing under the tutelage of Owen Coyle. He said “I had a fantastic season with Jamshedpur FC and I had amazing support from the gaffer, the goalkeeping coach Ezequiel as well as the entire squad. I haven’t been able to meet the fans personally, but the love they show for me, and the club drives me to perform better every match and win for them. I am glad to continue here, and I hope I can help to bring glory and trophies to the club in my time here – the fans deserve it.”

Rehenesh was one of the top performers of Jamshedpur FC in the 2020-21 ISL season having made 54 saves in 19 matches (save percentage of 74%) and 9 clean sheets. His performances brought him great praise from the fans who deservedly selected him as the Fans’ Player of the Season

Head Coach Owen Coyle was delighted to retain Rehenesh for the coming seasons as he said, “Every top team needs a goalkeeper with great command and instinct. There’s no doubt that Rehenesh is one of the best keepers in the country at the moment. He was outstanding in between the sticks, and I expect him to take the same form into next season as well to help us to the play-offs. He will have an important role to play for us.”

Rehenesh has made a total of 147 club appearances with a total of 44 clean sheets since making his debut with ONGC in the I-League in 2012. He went on to represent Rangdajied, Shillong Lajong, East Bengal, NorthEast United and Kerala Blasters before joining Jamshepdur FC in 2020.