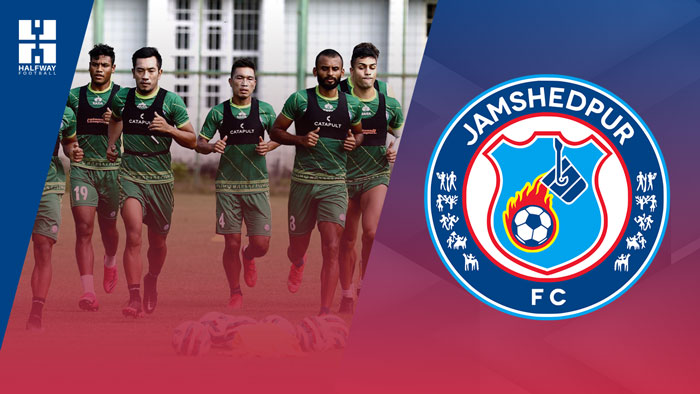 It’s the fifth season of Jamshedpur FC in the Indian Super League. Over the past four seasons, they had never qualified for the playoffs. When Owen Coyle came in as their head coach last season, fans were expecting their first playoff qualification, but due to lack of attacking prowess, they finished sixth in the table, having scored only 21 goals in 20 matches.

With quite a decent new signings to strengthen the squad, Owen Coyle-led Jamshedpur FC will be fighting for a playoff spot this time around. Halfway Football takes a look at the squad of Jamshedpur FC ahead of ISL season 8.

The Red Miners have a proven ISL coach in Owen Coyle. He led Chennaiyin FC to the ISL final in the 2019-20 season which is regarded as one of the greatest comebacks in the league’s history. If the Scottish man can replicate what he did with Chennaiyin, this season will be a season to remember for the Red Miners.

Owen Coyle is expected to use the traditional 4-4-2 formation this season. Having several quality strikers in the team, not using this formation will be a surprise.

Five out of six foreigners have ISL experience under their belts. This is of course their main strength. Owen Coyle, with new recruitments, has certainly strengthened the squad from last season. Goal-scoring was a problem for them in the previous outing. They have bought on two new foreign strikers Jordan Murray and Greg Stewart along with Indian national team forward Ishan Pandita from FC Goa.

The defence looks promising as last season. Eli Sabia has come in as a replacement for Stephen Eze. Backups for almost every position give depth to their squad.

Farukh Choudhary’s absence will create problems in the wing department. Apart from Len Doungel, there are no other experienced Indian wingers on the team. They have Komal Thatal, Mobashir Rahman and Ritwik Das who are yet to prove themselves in the top-flight competition.

Nerijus Valskis’ form will be another concern. He was not able to continue what he did for Chennaiyin FC in the 2019-20 season, with Jamshedpur FC last year.

This season will be an opportunity for Jamshedpur FC and Owen Coyle. They have a really good squad overall. If they can rectify their mistakes from last season and Owen Coyle making that ‘unbelievable’ run he did for Chennaiyin FC this time, the Red Miners can surely reach playoffs and why not? Win the silverware.