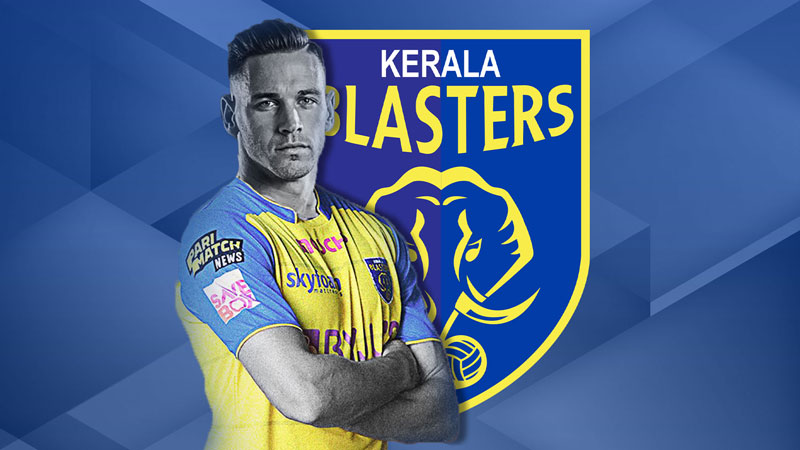 Kerala Blasters FC has announced the signing of the Spanish striker, Alvaro Vázquez for season 8 of the Indian Super League (ISL). He joins the club from Sporting de Gijón for the upcoming season. He will be onboard with the club till 31st May 2022.

Born in Barcelona, the 30-year old started his football life at a young age when he became a part of RCD Espanyol’s youth system in 2005. Four years later, he made his senior team debut and in 2010, he did his La Liga debut with the same club. He then went on to join Getafe CF in 2012. During his stint at Getafe CF, he was also loaned to Swansea City where he debuted in Premier League. Vázquez then returned to his first club, RCD Espanyol, for a four-year contract. Whilst his contract with them, he was loaned to Gimnàstic de Tarragona and Real Zaragoza of Segunda División. In 2019, he signed a three-year deal with Sporting de Gijón. He had also represented Spain in the 2011 FIFA U-20 World Cup where he completed the competition with five goals. In total he played 12 matches in the Premier League and over 150 games in La Liga.

‘I’m happy that a high-level player as Alvaro is joining us. We are excited about him being a part of our family and hope that along with his quality, he will also bring high energy, leadership and fulfill his potential here.’ said Karolis Skinkys, Sporting Director, Kerala Blasters FC.

‘This is a new stage of my career and I am looking forward to embracing the football and culture of India something which I have heard a lot about. I will do my best both on and off the field for the team.’ said Alvaro Vázquez.