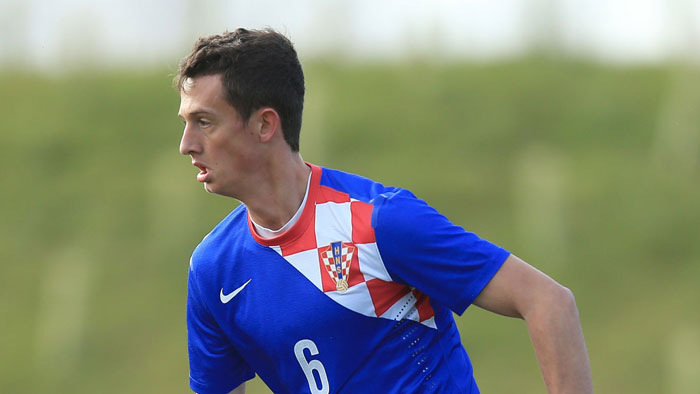 SC East Bengal head coach Manuel ‘Manolo’ Diaz has strengthened his defensive options after the acquisition of former Lazio defender Franjo Prce, who has put pen-to-paper on a one-year deal, it was announced on Thursday.

Centre-back Prce joins SC East Bengal from Croatian club NK Slaven Belupo, making him Diaz’s third foreign signing. Slovenian midfielder Amir Dervišević and Australian defender Tomislav Mrcela are the other two overseas recruits so far. Prce, 25, was part of Italian Serie A side Lazio’s youth team between 2014-15 before graduating to their first team in 2016, making his debut against Torino in the top division. He was with Lazio till 2018, enjoying loan spells with Brescia and U.S. Salernitana during that period.

“I have been on the move from a very young age. I have played in Italy when I was in my formative years as a footballer and it was an amazing experience. Likewise, India excited me and when the offer from such a big club like SC East Bengal came my way, it was a no-brainer,” Prce said after completing formalities. “I have played with some of the big names in world football and it has helped me grow on and off the field. I think I can use my experience here in the ISL and try to help my team do well. I am eagerly waiting to experience India and I also know this club has a massive fan base. It’s a shame that they can’t be with us in the stands but we will play for them. We always play for the fans,” he added.

Former Lazio centre-back 𝗙𝗿𝗮𝗻𝗷𝗼 𝗣𝗿𝗰𝗲 from 🇭🇷has put pen-to-paper on a one-year deal that will keep him with us till the end of the season.

Originally from the municipality of Stolac in Herzegovina, Prce lived in Split since the age of nine. He passed his childhood at Hajduk’s school, starting his career with the youth academy of Croatian club Hajduk Split. but moved in 2014 to Lazio in Rome. At Lazio, Prce shared the locker room with the likes of former Germany striker Miroslav Klose and Ciro Immobile, who earlier this year helped Italy win the European Championships. Inter Milan centre-back Stefan de Vrij was also with Lazio during that time as was Italy’s Antonio Candreva and Lucas Biglia of Argentina.

After his stint in Italy, Prce moved to Croatian club Istra 1961 again on a loan deal before shifting base to Cyprus where he turned out for AC Omonia. Prce also had spells with FC Karpaty Lviv in Ukraine besides playing for NK Varaždin and NK Slaven Belupo at home in Croatia.

Prce was included in the Croatian under-17 team for the 2013 UEFA European Under-17 Championships. He also featured for the team in the 2013 FIFA under-17 World Cup.

Prce is a no-nonsense defender who will add to the squad’s experience despite being only 25 years of age. The six-foot-tall footballer is well travelled and has played with and against the best.

SC East Bengal take on Jamshedpur FC in their opening game of the Hero Indian Super League 2021-22 season, on November 21 at the Tilak Maidan Stadium.