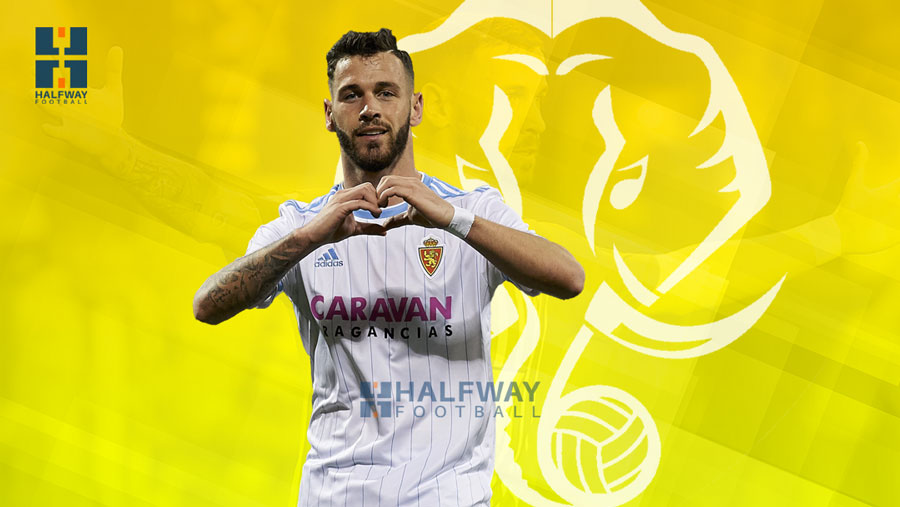 Following the signatures of attacking midfielder Adrian Luna and centre-back Enes Sipovic, Ivan Vukomanovic’s Kerala Blasters is now chasing a Spanish striker from LaLiga 2. As per Spanish reports, Sporting Gijon’s striker Alvaro Vazquez is sought by Kerala Blasters ahead of the ISL Season 8.

The 30-year-old striker spent most of his days in Spain. Born in Barcelona, he joined RCD Espanyol’s youth set up in 2005 at the age of 14. Vazquez made his senior and LaLiga debut in 2010 against Spanish giants Real Madrid, coming in as a substitute in the second half.

In 2011, Espanyol’s manager Mauricio Pochettino made Vazquez a regular starter, eventually scoring a goal against the local rivals, Barcelona in a 1-1 draw match. In 2012, he signed for Laliga club Getafe CF and went out to Swansea City on loan from Getafe in the year 2013. In 2016, he returned to RCD Espanyol, went out on loan to Gimnastic and Zaragoza. In 2019, he signed a 3-year deal with Sporting Gijon. He spent the last 6 months with another Spanish club CE Sadabell on loan.

Alvaro Vazquez has an existing contract with Gijon until May 2022. He is expecting to get a release from the club. Having played more than 300 matches, scoring 66 goals, Vazques will be a prolific signing for the men in yellow. If the deal process, Vazquez will be partnering with Argentine striker Jorge Pereyra Diaz, who is set to join the Blasters camp soon.

According to renowned Sports journalist Marcus Mergulhao, two other ISL clubs along with Kerala Blasters are chasing the striker. There were reports that Mumbai City is also interested in signing the Spaniard.

At age 30, Vazquez has already played in the top two European leagues – LaLiga and English Premier League. He has 12 appearances to his name in the Premier League playing for Swansea City in 2013, also four in the UEFA Europa League the same season.