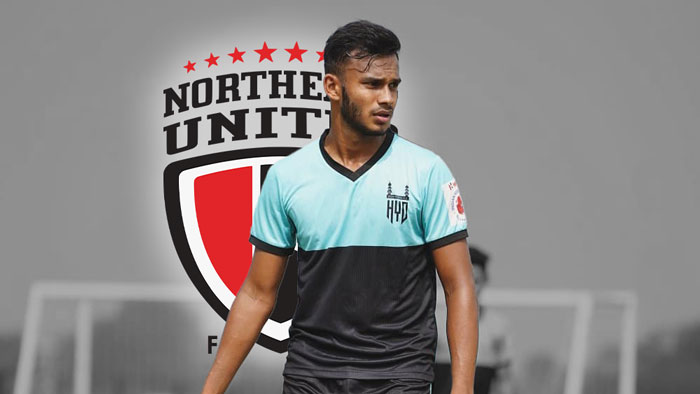 The winger hailing from Kozhikode, Kerala recently booted up for Kolkata-club Mohammedan SC. He caught everyone’s eyes when he scored a brace to help Pune’s U-19 side beat Mohun Bagan in the 121st edition of the IFA shield in June 2017. Then the highly-rated young midfielder was sent out on loan from FC Pune City academy to Gokulam Kerala FC, where he played the Hero I-League 2018-19 and scored a goal.

In 2019, he was picked up by ISL side Hyderabad FC but, due to some fitness issues, he only played five games. After that, he joined Mohammedan SC and played I-League qualifiers as well as I-League. The versatile attacker has played around 30 matches and netted the ball five times.

Gani Nigam will be the sixth Malayali player to join the Highlanders camp ahead of the eighth edition of the Indian Super League. Mashoor Shereef, V.P. Suhair, Mohammed Irshad, Mirshad Michu, and Jestin George are the other Malayali players in the squad. The club is currently training under Indian head coach Khalid Jamil and has played a friendly match against Jamshedpur FC.