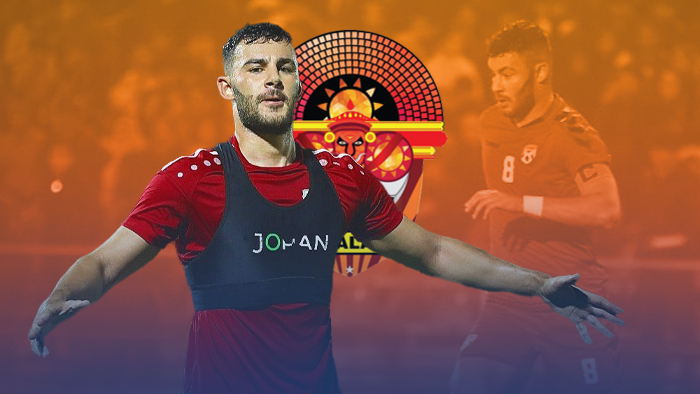 Dutch-born Afghan midfielder kicked off his footballing journey at Wilhelmina Boys Youth. Later, in 2004 he was scouted by PSV Eindhoven. Noor played for various age groups teams of the club till 2015 when he secured a contract from Dutch second-division outfit Roda JC Kerkrade. After a good first half of the season, Noor got injured and was loaned out to SC Cambuur.

In 2017, Noor moved to Sweden joining the second-tier club AFC Eskilstuna. He spent his next season with Cyprus’ top division club Nea Salamis. Being a free agent for a while, the midfielder’s first assignment in Asia came in 2021 with Indonesian football giants Persib Bandung.

The 28-year-old was struggling for game time at Persib and was released after a month. Even though he was signed by Bahrain first division side Al Hala SC in June 2021 he was able to showcase his full potential.

The Afghan national team captain made his move to India after a fruitful season with Bahrain’s second-division club Bahrain SC. He joined them earlier this year, displayed a stellar performance & helped them to earn a promotion to the first division.

With more than 200 club match experiences under his belt, Noor has also played for Netherlands U16 & U17 team before making his debut for Afghanistan national team back in 2017. He has played against the Indian national team thrice, of which the last one was in June of this year. Noor primarily plays as a central midfielder but is also capable of playing multiple positions in the attacking department.

The Kerala-based I-League side has built a good squad for the season. The foreign contingents of the club include Aminou Bouba, Juan Nellar, Everton Kaká, Farshad Noor, Vladan Kordić, and Auguste Somlaga. With Cameroonian coach Richard Towa at the helm, the Malabarians will be aiming nothing else than bring the trophy home for the third consecutive year.