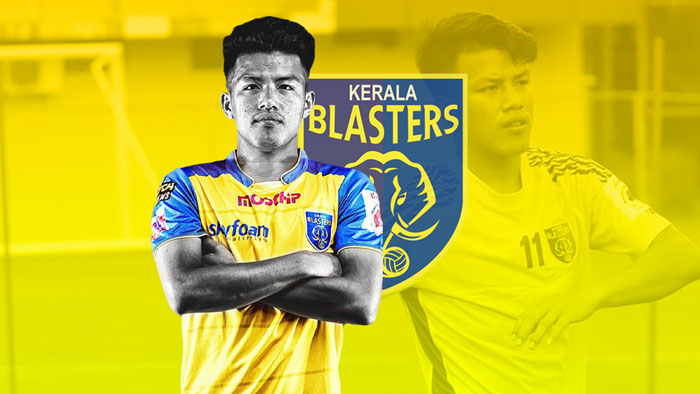 Kerala Blasters FC has announced the one-year contract extension of their midfielder, Givson Singh that keeps him as a part of the club till 2024.

Hailing from Moirang, a small town in Manipur, Givson started his football career with Punjab FC, where his impressive performances led his way to the India youth set-up. In 2016, he became a part of the All India Football Federation’s Elite Academy where he spent three years in training before joining the Indian Arrows. The 19-year old also played an important part in the U-16 Indian national team that reached the quarterfinals of the 2018 AFC U-16 Championship in Malaysia. He has represented the India U-17 team several times. He also marked his debut in the U-19 team against Russia in an international friendly in 2019.

After a short stint in the Indian Arrows, Givson joined Kerala Blasters FC in the Season 7 of ISL where he made three appearances for the club.

The future is looking 🆙😌

“I’m happy and proud to extend my stay here at Kerala Blasters. I’m looking forward to repaying their trust on the field, by committing my 100% for the team, in the upcoming season,” says Givson Singh.

“Givson has a lot of attitude and potential and I am happy to continue working with such a player in the upcoming seasons too. I wish him all the very best and extend my full support in his football career,” said Karolis Skinkys, Sporting Director, Kerala Blasters FC.