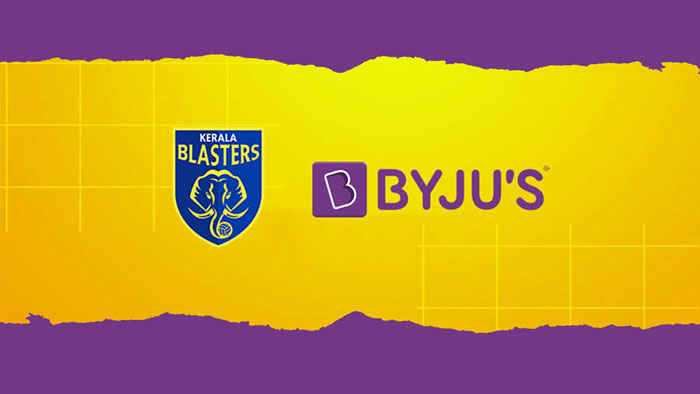 Kerala Blasters FC has announced the extension of its association with BYJU’S as the club’s title sponsor for the eighth edition of the Indian Super League (ISL). This upcoming season will see the two brands step into their second year as partners.

As part of the partnership, BYJU’S will continue to be seen on the front of the official KBFC jersey that will be donned by the players during all ISL matches. BYJU’S is the world’s largest EdTech company and the current sponsor of the Indian National Cricket Team.

Speaking on the announcement, Atit Mehta, Marketing Head, BYJU’S, said, “We are delighted to extend our partnership with Kerala Blasters FC, one of the most followed football clubs in the country. While the pandemic disrupted our lives, our love for football has brought us closer than before and strengthened our bond. I thank the fans for their unwavering love and support and am certain that they will be cheering even louder for their team this year. My best wishes are with the team.”

Kerala Blasters FC’s Director, Nikhil Bhardwaj says: “We are elated to welcome back BYJU’S for another year of partnership. Like in football and life, learning is an ever-evolving process and we’re happy to be continuing this journey together with a partner that best understands this. Together, we look forward to empowering millions of children around the world and helping them realize their dreams through education and sport.”