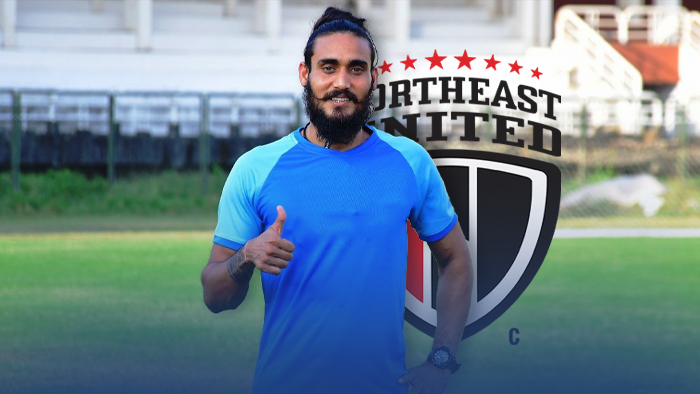 Devrani made his I-League debut in 2012/13 with the Indian Arrows. He has been a part of the three I-League winning campaigns, his first, coming during a loan spell at Mohun Bagan in 2014/15. He won the second title in 2017/18 during his three-year stint with Minerva Academy FC and the third one came with Malabarians last season, in which he produced four assists in 14 appearances.

After an eye-catching performance with the Malabarians, a few ISL sides were interested in signing him. On August 4, 2021, Marina Machans announced that the defender hailing from Delhi had penned down a season-long deal.

Due to tight competition at the backline of Chennaiyin, Deepak Devrani failed to make minutes for the Southern side. He is yet to make his debut in ISL and his move away from Chennai may give him some minutes under Khalid Jamil at NorthEast United FC.

The highlands headed by Khalid Jamil is not going through a good period. With two wins and two draws from nine matches the club currently stand second from last on the point table.

NorthEast United will be looking to bounce back after an unpleasant start to the season by bringing in some new additions to the squad in the January transfer window.